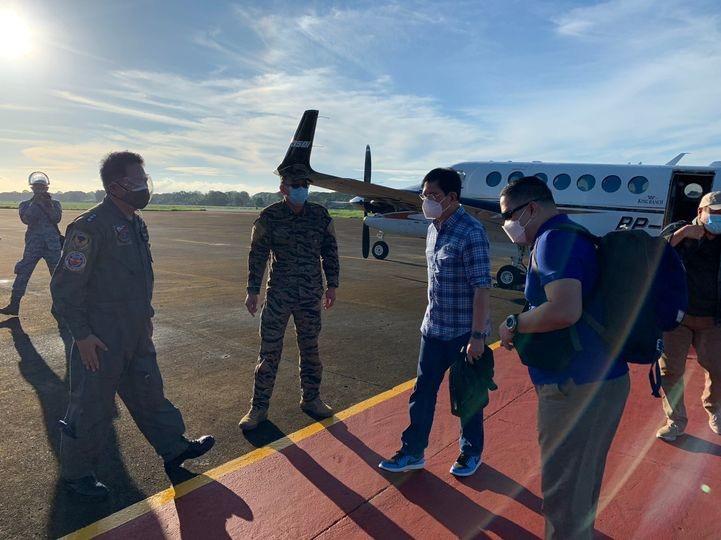 MANILA, Philippines — Presidential aspirant and Senator Panfilo Lacson visited Pag-asa (Thitu) Island and Puerto Princesa City in Palawan on Saturday for a consultation with local residents and fishermen and a meeting with members of the Armed Forces of the Philippines (AFP) Western Command (WesCom) amid recent tension with China in the West Philippine Sea.

According to a statement from Partido Reporma, members of the AFP’s WesCom briefed Lacson on the status of the Pag-asa Island, the second largest island in the Spratlys and the administrative center of the town of Kalayaan.

“The visit is also part of his ongoing serious commitment to study the matter as one of the presidential aspirants seeking to lead the country in the next six years,” the statement read.

Lacson is the current chairman of the Senate Committee on National Defense and Security, Peace, Unification and Reconciliation. 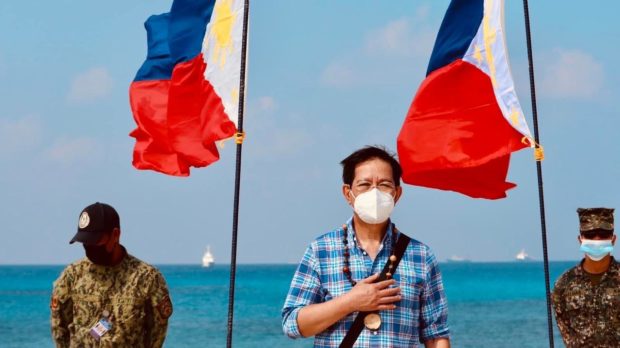 Presidential aspirant Senator Panfilo Lacson visits the Pag-asa Island in Kalayaan town, Palawan on Saturday, November 20, 2021, for a consultation with local residents and fishermen in the area amid recent tension with China in the West Philippine Sea. (Photo from Lacson’s office)

No one was hurt during the incident that took place on Tuesday but the boats had to abort their mission.

Foreign Secretary Teodoro Locsin Jr. said he had conveyed “in the strongest terms” the Philippine government’s “outrage, condemnation and protest” to Chinese Ambassador Huang Xilian and to China’s foreign ministry and demanded their ships to back off.