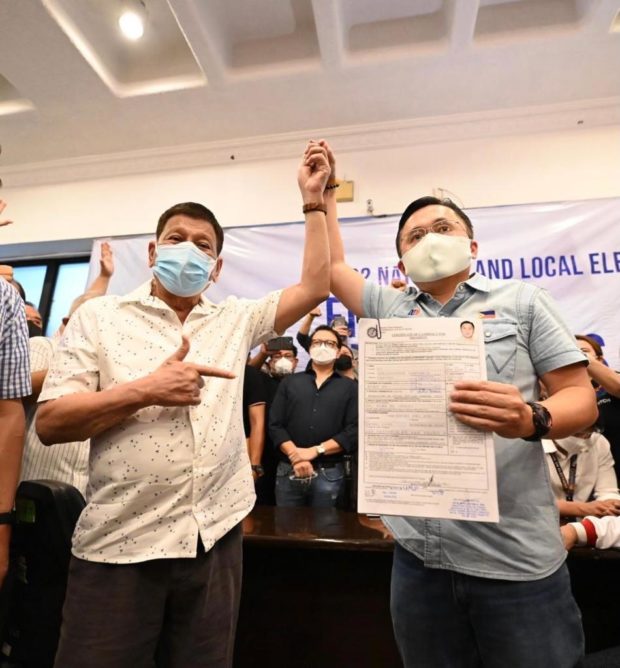 Duterte and Go recently formalized their bids for senator and president, respectively, under PDDS before the Commission on Elections (Comelec) main office. PDDS is founded by Greco Belgica, chairman of the Presidential Anti-Corruption Commission.

During a Palace press briefing, Nograles was asked why Duterte and Go used the PDDS vehicle to launch their respective campaigns when they both belong to PDP-Laban.

“Well, first of all, ‘yung (the) PDP-Laban and PDDS are allies. May alliance po ang dalawang partidong ‘yan (Both parties have an alliance),” Nograles answered.

(Go and Duterte’s filing under PDDS is to avoid any legal complications that may or may not arise because of the ongoing legal issue of PDP-Laban in Comelec.)

Nograles was referring to the infighting within the PDP-Laban, which was divided into the factions of Energy Secretary Alfonso Cusi on one hand, and Senator Aquilino “Koko” Pimentel III on the other.

The Pimentel faction backed the presidential bid of Senator Manny Pacquiao, while attacking several policies of the administration, leading to the disintegration of the party.

Earlier, the Comelec was urged to declare which of the two factions is the legitimate representative of the ruling party.