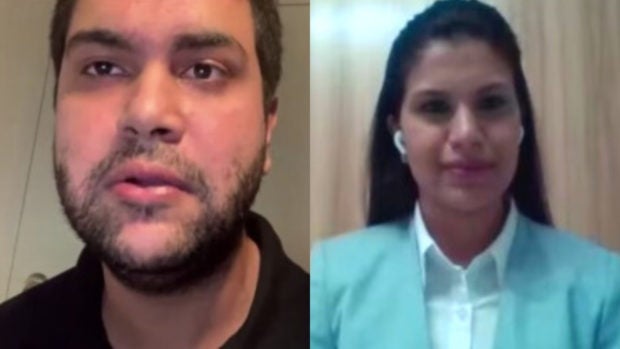 MANILA, Philippines — Several senators on Friday refuted the claims of an executive of Pharmally Pharmaceutical Corp. criticizing the Senate blue ribbon panel, with the committee chairman defending their recent move to cite two of the firm’s officials for contempt.

“Ferreting out the truth in an investigation, in aid of legislation, is a constitutionally-mandated task, especially for senators who want complete information so that a proper and responsive legislation can be crafted that will be beneficial to all,” Senator Richard Gordon, chairman of the blue ribbon panel, said in a statement.

“Attending a Senate hearing can be easy and it can be hard. It is hardest when witnesses do not cooperate and do not give or share information necessary to our faithful performance of our tasks,” he added.

In a statement, Pharmally corporate secretary and treasurer Mohit Dargani said the panel is treating the company’s officials “like criminals whose lives aren’t worthy of living anymore” and that it “failed” to treat them “justly.”

He also insisted that they have “tried [their] best to cooperate and respect” the committee.

“To cooperate in the Senate means they should submit the documents subject of subpoena duces tecum or as asked by a senator,” Sotto said.

Dargani and his sister, Twinkle, who serves as the company’s president, were recently cited for contempt and ordered detained in the Senate premises over their “refusal” to submit documents subpoenaed by the committee.

“Mr. Dargani, his sister, and all other resource persons invited to the Senate hearing have been treated fairly, as fairly as the circumstances warranted,” Gordon went on.

“As Mr. Dargani continued to refuse to give us the truth, the whole truth, and nothing but the truth, he left the committee no choice but to use its rarely-used power to cite him for contempt- not to punish him, but to compel him to give us a complete picture of the issue being investigated,” the senator added.

The Senate is still looking for the two siblings, who the chamber’s sergeant-at-arms said appears to be “in hiding.”

Gordon further defended the panel’s move to cite the Dargani siblings for contempt, saying the 1987 Constitution, as well as the Revised Penal Code, allows this action.

“While rarely invoked, the Senate also will not hesitate to use its power of compulsion if, like in this matter, it is given the run-around. The Constitution recognizes and allows this action; the Revised Penal Code and jurisprudence has long approved of this legislative exercise,” he said.

“If he wants to clear the Darganis name, he and his sister should come forward and submit the pertinent documents we are asking from them.  But while they continue to hide, people will believe they are as guilty of what they are accused of,” Gordon added.

Senator Risa Hontiveros, for her part, called on the Dargani siblings to produce the documents being asked for by the committee.

“What we have been asking for are basic documentary records of their transactions. These are documents that they are required to maintain for tax purposes. So where are they?” she said.

“If Pharmally can’t document the cost of goods sold, baka several billion pesos na ang tax deficiency nila. Base sa mga naihaing ebidensya sa Senado, dapat na silang i-audit ng [Based on the evidence presented in the Senate probe, they should be audited by the] BIR (Bureau of Internal Revenue),” she added.

Hontiveros also questioned the seeming disappearance of the Dargani siblings.

“The Chairman is within his power to hold them in contempt, and I fully support the committee’s efforts to find the Dargani siblings,” she further said.