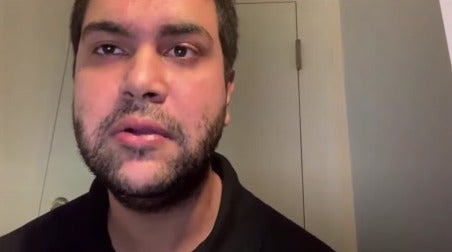 MANILA, Philippines — An executive of Pharmally Pharmaceutical Corp. ordered detained in the Senate has criticized the blue ribbon committee for supposedly treating the firm’s officials “like criminals whose lives aren’t worthy of living anymore.”

In a statement sent by Pharmally to reporters Friday, Pharmally corporate secretary and treasurer Mohit Dargani said the committee “failed to treat us justly.”

“Rather than impartially listening to us, they tried to get us to incriminate ourselves. They want us detained because we asserted our rights, they can’t get what they want to hear from us,” he said.

“They treat us like criminals whose lives aren’t worthy of living anymore. We tried  our best to cooperate and respect them, but this was completely out of harmony with accepted legal standards,” he further said.

Asked for his response on Dargani’s statement, Senate President Vicente Sotto III  said that complying with the requested submission of senators equates to cooperating in the probe.

“To cooperate in the Senate means they should submit the documents subject of subpoena duces tecum or as asked by a senator. I suggest they read the [Philippine] Constitution!” Sotto said in a message to reporters.

INQUIRER.net has reached out to Senator Richard Gordon, chairman of the blue ribbon committee, for comment but has yet to receive a response as of writing.

Dargani and his sister, Twinkle, who serves as the company’s president, were earlier cited for contempt and ordered detained in the Senate premises over their “refusal” to submit documents subpoenaed by the blue ribbon panel.

As of Wednesday, Oct. 20, the Senate sergeant-at-arms has yet to arrest the two since they were not found in their condominium units and appear to already be “in hiding.”

Dargani, in his statement, also cleared President Rodrigo Duterte from any involvement in the firm’s contracts with the Procurement Service of the Department of Budget and Management (PS-DBM).

“Walang kinalaman ang Presidente sa transactions namin [The President has nothing to do with our transactions] with PS-DBM,” he said.

“We are being falsely accused for political gain. Malapit na eleksyon [The election is near] and we are like hostages. Hindi na para sa bayan [This is no longer for the country]. But for their political survival,” he also claimed.