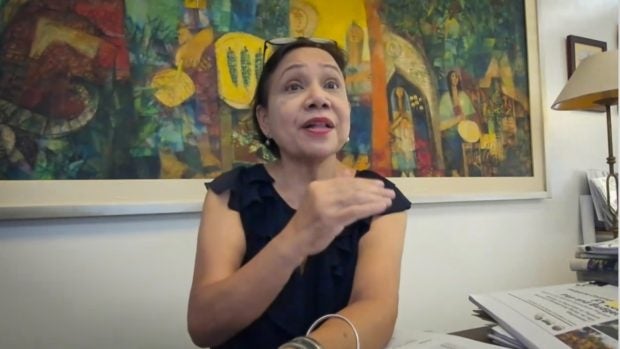 MANILA, Philippines — Senator Cynthia Villar on Friday fumed over the P17-billion budget proposal of the Bureau of Fisheries and Aquatic Resources (BFAR) next year.

Villar lamented that Congress has legislated 37 fish hatcheries but not one has been completed yet by BFAR since 2016.

“Wala silang nagawa miski isa, after six years, almost more than five years. Wala pa silang nagagawa at sinasabi nila sakin matatapos daw after their term. My God, what is that?” she said during the Senate subcommittee on finance’s hearing on the 2022 budget of the Department of Agriculture.

(They did not build at least one [hatchery], after almost six years or more than five years. They have not done anything and they are saying they can do it after their term. My God, what is that?)

BFAR, an agency under DA, is seeking a P17.9 billion budget for 2022 — a huge increase from its current P4.8 billion allocation.

But Villar, who was presiding over the hearing, rejected giving BFAR more budget next year.

(We passed a law in Congress but they could not build even one during their five years. Why would we be happy with you? You are disrespecting us.)

(We worked hard to pass it but you could not establish at least one?)

Villar said the hatcheries would have only cost the government P20 million each or a total of P700 million.

She said she was told that only one of 37 hatcheries could be done by May 2022.

(I was embarrassed because I’m the chairman, they didn’t care that we legislated it.)

(It’s a requirement and it’s cheap. Why are they disrespecting us that they didn’t build at least one. During our six-year term, they can only complete one. Is that right?)

BFAR Director Eduardo Gongona clarified they could finish five fish hatcheries by the end of the year and 23 more in 2022.

Villar insisted that this was not the report she received this Friday morning.

Read Next
LPA not seen to intensify as tropical cyclone, but to cross Visayas, Palawan — Pagasa
EDITORS' PICK
Critical scenario: 3 Comelec vacancies just 3 months before elections
PH logs 37,070 more COVID-19 cases; over 33K others recover
‘Not yet the end’: Lawyer says Marcos Jr’s DQ cases to take lengthy process
The best of bayside and city living at SMDC’s Sail Residences
Over 3 Million worth of prizes to be won at Smart Padala’s SENDali Manalo Promo!
Acer starts the year off strong with the Aspire Vero National Geographic Edition
MOST READ
Morissette Amon recovering after confinement for diverticulitis, tests positive for COVID-19
‘Not yet the end’: Lawyer says Marcos Jr’s DQ cases to traverse lengthy process
NBI foils escape attempt of Kerwin Espinosa, two others
Marcos camp ‘extends hand of unity’ after COC cancellation bid is thrown out
Don't miss out on the latest news and information.