Robredo’s spox: Corruption in Pharmally deal should be exposed 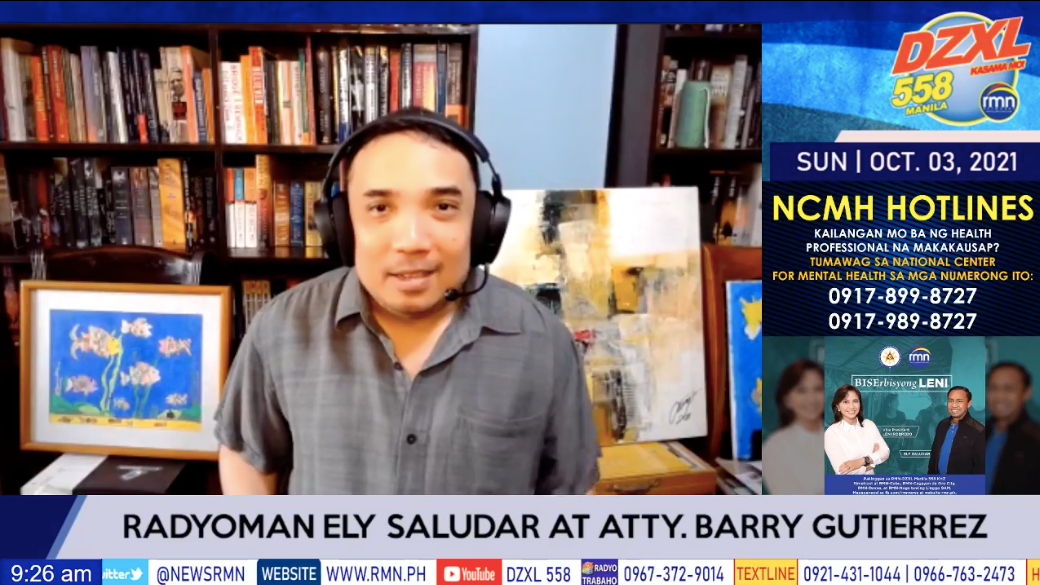 MANILA, Philippines — The alleged corruption in the government’s transactions with Pharmally Pharmaceutical Corp. over the purchase of alleged overpriced medical supplies, should be exposed,  said Atty. Barry Gutierrez, the spokesperson of Vice President Leni Robredo on Sunday.

(I think we should all be angry especially if you’re an official, right? You have to be angry and you should have it investigated. Support to have the truth uncovered, file a case, and go after those responsible.)

Gutierrez was reacting to the apparent stand of President Rodrigo Duterte to shield those involved in the Phramally deal. An investigation into the deal is currently ongoing at the Senate.

(The president himself many times said that he will not tolerate any whiff of corruption. It means even the slightest doubt, he’ll not allow it, right? He will respond to it. I hope that will happen in this issue.)

(It’s not acceptable that of all the sacrifices the country faced, the people who got sick and died, those who lost jobs and waiting for aid. Many have not received assistance. They’re having a hard time feeding their family then there would be billions stolen. The company even admitted that they swindled the government.)

The government awarded Pharmally with multi-billion-peso contracts for the delivery of COVID-19 response supplies and items despite only having a paid-up capital of only P625,000.