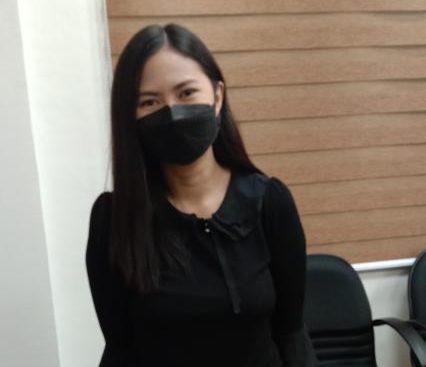 MANILA, Philippines — Krizle Grace Mago, the Pharmally Pharmaceutical Corp. official who dropped damning revelations about changing expiration dates of face shields and who went missing after her testimony, is now under the protective custody of the House of Representatives.

“We have taken protective custody of Kristle Mago at exactly 6:30 p.m. She is now safely inside the HOR.  All questions should be directed to the Sgt-at-arms Mao Aplasca,” Aglipay said.

INQUIRER.net has tried to contact House Sergeant-at-Arms and former police general Mao Aplasca to confirm Mago’s presence at the House, but he has not yet replied as of posting time.

However, the House of Representatives showed a photo of Mago inside an unidentified office.

According to Mago, she sought for protective custody from the House because she believes she cannot speak freely on the issue without “feeling threatened” by various individuals.

“Presently, I cannot speak freely about the ongoing investigation on the alleged overprice of medical equipments (sic) without feeling threatened due to the undue influence and pressure being exerted from various sources,” she said.

“I feel that my life and liberty is in grave danger because of my coming out and desire to speak the truth.  Also now, I came across the information from the news that the police and NBI are tracking me down including my grandparents’ home in the province and took photos and videos without their consent.  I truly regret that I am being treated like a fugitive from justice,” she added.

Mago said that the protective custody by the House would help her speak freely.

“The protective custody that I am requesting from the HOR would help me speak freely without unnecessary compulsion from anyone,” she said.

During the Senate blue ribbon committee hearing last week, a person who claimed to work with Pharmally was presented by Senator Risa Hontiveros.  The witness claimed that Mago ordered them to change the expiry dates on the face shields supplied to the government.

Mago conceded it was true.

Senate leaders offered some protection to her, but they could not contact her in the days and weeks that followed.  The Senate then requested assistance from the National Bureau of Investigation in finding Mago.

Mago’s revelation came during the Senate committee hearing on the Commission on Audit (COA) report, which showed P67.32 billion worth of deficiencies in the Department of Health (DOH) COVID-19 funds.

Aglipay’s committee is also conducting its own probe on the issue.