The top contractor is an importer-wholesaler of pharmaceuticals and medical devices, incorporated with a paid-up capital of P625,000 in September 2019, has a fictitious address and a January 2021 license to operate
By: DJ Yap - Reporter / @deejayapINQ
Philippine Daily Inquirer / 05:50 AM August 28, 2021 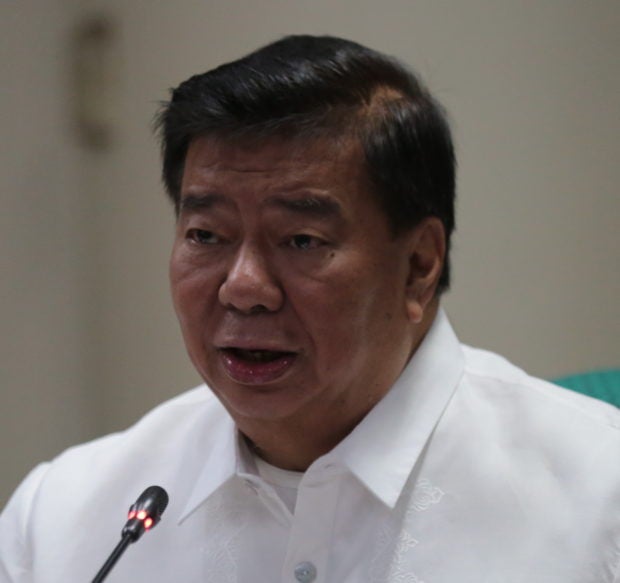 Under the contracts with the Procurement Service of the Department of Budget and Management (PS-DBM), Pharmally Pharmaceutical Corp. priced its face mask at P27.72 apiece in May 2020, when other suppliers sold them for about half the amount at P13.50 to P17.50 each, according to Senate Minority Leader Franklin Drilon.

The company test kit was P1,720 each, nearly double the P925 sold by other companies. Its PPEs were P1,910 apiece, more than double the market price of P945 at the time, Drilon said, citing the PS-DBM’s own figures.

When the government purchases were made in May last year, the company had been in existence for only about eight months since its incorporation in September 2019 with a paid-up capital of only P625,000, the senator said.

On its Facebook page, the company said its “main line of business” was the importation and distribution of pharmaceutical products and medical devices.

It was issued a two-year license to operate by the Food and Drug Administration as an importer-wholesaler of medical devices only in January this year.

Two of Pharmally’s top executives, CEO Huang Tzu Yen and treasurer and corporate secretary Mohit Dargani, listed what turned out to be a fake address in the company’s 2020 general information sheet filed with the Securities and Exchange Commission.

The Senate blue ribbon committee had summoned the company executives to attend the resumption of the Senate inquiry into the alleged deficiencies in the use of pandemic response funds by the Department of Health (DOH).

The subpoenas, however, could not be served at the company address in a Taguig condominium because the unit had been vacant for the past three years. Senators also were informed that Pharmally president Twinkle Dargani had left her residence at a condominium unit in San Juan City in May.

With no company representatives present at Friday’s hearing, the angry senators confronted former Budget Undersecretary Lloyd Christopher Lao, the ex-PS-DBM chief who negotiated with different companies to acquire badly needed medical supplies as the country was swept by the first wave of COVID-19 infections last year.

The DOH had transferred P42 billion to the PS-DBM to procure the emergency medical supplies. The transfer of the money was questioned by the Commission on Audit in its audit report, which prompted the Senate inquiry.

“Indeed, business is booming for these contractors. It appears that the PS-DBM gave them the sure ticket to wealth,” Drilon said, noting that Pharmally earned P284.9 million in 2020 “from zero income in 2019” after winning the contracts.

“I am worried there are so many red flags in the procurement of several medical items. These warning signs indicate possible anomaly, corruption or fraud,” Drilon said.

Lack of due diligence

Sen. Panfilo Lacson said the contracts were awarded to Pharmally “with no sufficient due diligence.”

Sen. Risa Hontiveros noted that from April to May 2020, the PS-DBM contracted 11 companies to supply PPEs. Pharmally got the lion’s share amounting to P3.8 billion.

The Pharmally executives subpoenaed by the Senate were also on the board of the Taiwanese company according to its website, she said.

“What due diligence did the PS-DBM do?” Hontiveros asked Lao.

The former budget official said he did not know whether the same Taiwanese company was the trader it had contracted.

The former PS-DBM chief explained that he “had no time” to do a background check on the companies since “it was an emergency” and the government did not have plenty of options at the time.

He said they had contracted companies at a time when the economy was shut down and there were no supplies. The government used diplomatic channels, contacting embassies, envoys and “even the ambassador of China” to find supplies, he said.

In defense of Pharmally

Lao defended the price of the PPEs supplied by Pharmally, saying each set included nine or 10 items, such as a coverall, a lab gown, an apron, gloves and head and shoe covers.

But Hontiveros said that the total amount of the individual items would still be lower if they had been procured from other suppliers.

Sen. Richard Gordon said the Philippine Red Cross, which he chairs, purchased PPE sets for P740 per set and in smaller quantities in March 2020, suggesting that a larger order would fetch a lower price.

The chief implementer of the National Task Force Against COVID-19, Secretary Carlito Galvez Jr., justified the price of PPEs because these were “medical grade” that no one locally was producing.

“We bought that because of the urgency of time,” Galvez said.

Health Secretary Francisco Duque III also defended the prices, saying the DOH’s supplies “were depleted” after the eruption of Taal Volcano in January 2020.

“Though our emergency law and pertinent rules call for the most judicious, economical and expeditious manner of procurement, these do not serve as a free pass for disregarding rules on propriety, rules on transparency and accountability,” he said.

No reason to suspect

Lao said many Chinese companies had approached the government offering medical supplies at the time. He indicated there was no reason to suspect that they could be involved in a fraud as they held meetings with members of the Chinese Embassy present.

“I’m sorry but your explanation will fail even an ordinary layman. We cannot accept that,” Gordon said.

Drilon asked Lao: “Did you know the officials of Pharmally?”

“Then, wouldn’t ordinary prudence tell you that if you award P9 billion, you’d at least be sure about their identity?” Drilon said. —WITH A REPORT FROM INQUIRER RESEARCH INQ