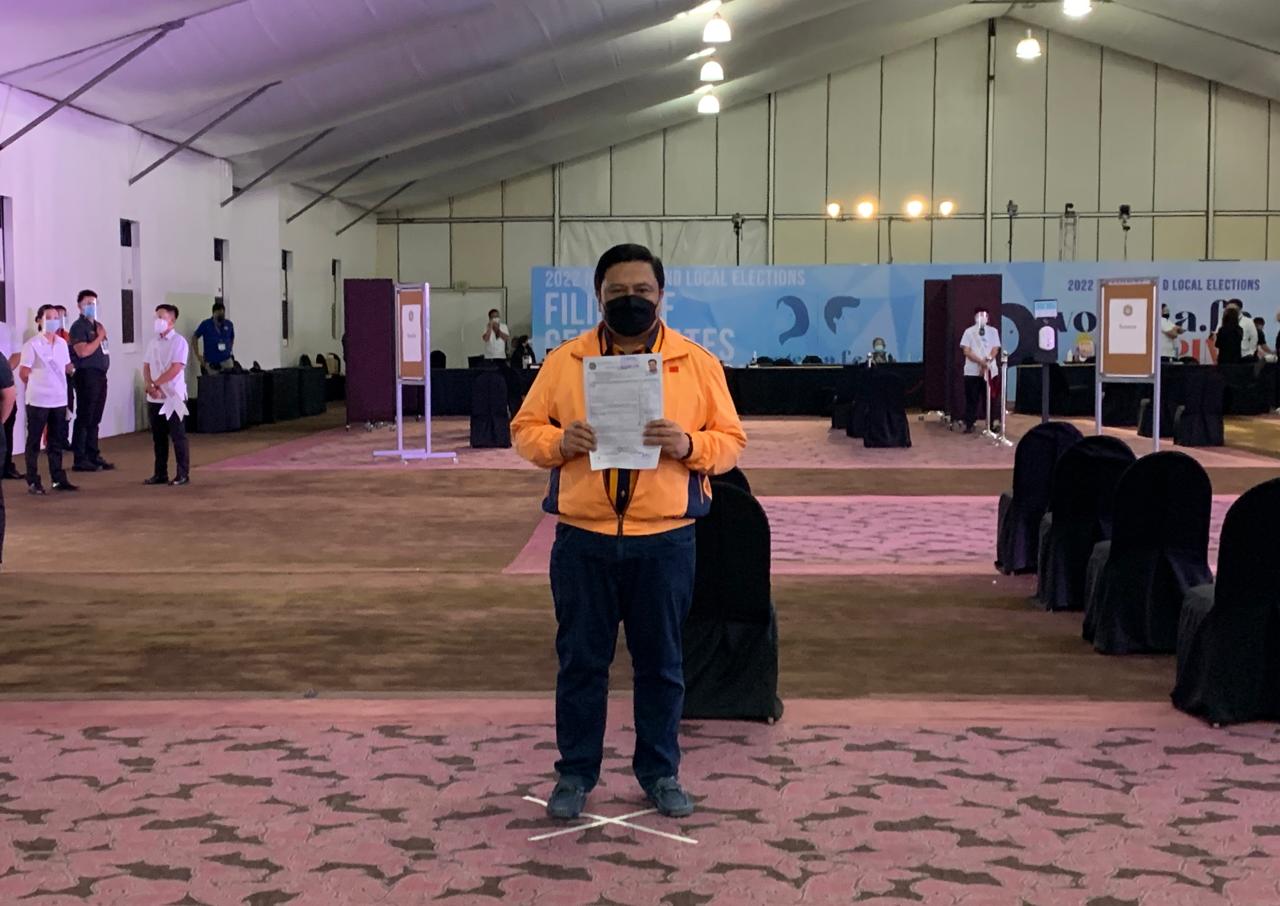 Jinggoy Estrada files his certificate of candidacy for senator in the 2022 polls. (Photo by Zacarian Sarao/INQUIRER.net)

MANILA, Philippines — Former senator Jose “Jinggoy” Estrada Sunday filed his certificate of candidacy (COC) on Sunday as he seeks a return to the Senate in the 2022 elections.

Estrada filed his COC at 2:51 p.m. and just a day after his half-brother JV Ejercito who is also seeking a Senate seat filed his at the Harbor Garden Tent in Sofitel hotel in Pasay City.

Estrada currently faces a P183-million plunder case over the pork barrel scam but was granted bail in September 2017.

Estrada will be running under the Pwersa ng Masang Pilipino, which was also the party of his father, former president Joseph Ejercito Estrada.