Atienza as Pacquiao’s VP, and other surprises during 1st day of COC filing 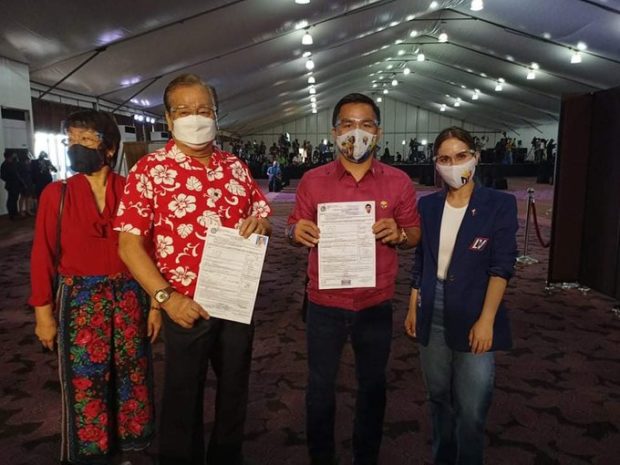 MANILA, Philippines — The first day of filing of certificates of candidacy (COCs) for the 2022 elections were welcomed by a number of surprises—from Senator Manny Pacquiao running for president under a different political party to Buhay Rep. Lito Atienza filing his COC as the boxing legend’s running mate.

Pacquiao was the first presidential aspirant to submit his COC during the first day of filing the certificates. Other prominent politicians who have already announced their presidential bids were Senator Panfilo Lacson and Manila Mayor Isko Moreno.

Pacquiao, however, who recently announced his retirement from boxing, filed his COC under the Probinsiya Muna Development Initiative or Promdi party and not under the ruling PDP-Laban.

While the Commission on Elections (Comelec) has yet to decide on which camp to recognize for the ruling party, the Pacquiao-led faction earlier formed an alliance with the Promdi and the People’s Champ Movement.

Joining Pacquiao in filing the COC at the Sofitel’s Garden Tent in Pasay City was Atienza, who was later revealed to be his vice presidential running mate. Pacquiao said he picked Atienza as running mate because of the congressman’s long years in public service.

Former Senate secretary Lutgardo Barbo, on the other hand, filed a COC for senator. He was among the early birds who filed the certificates.

Meanwhile, outside the Sofitel tent where the Comelec held the main filing of COCs, Valenzuela City 1st District Rep. Wes Gatchalian and his brother Valenzuela City Mayor Rex Gatchalian sought to switch posts for the 2022 polls. They filed their COCs at the Comelec’s National Capital Region office.

Down in the regions, Narvacan town Mayor Luis “Chavit” Singson will face off against his son Ryan in the vice gubernatorial race in Ilocos Sur.