Jinggoy Estrada to run for Senate again in 2022 polls 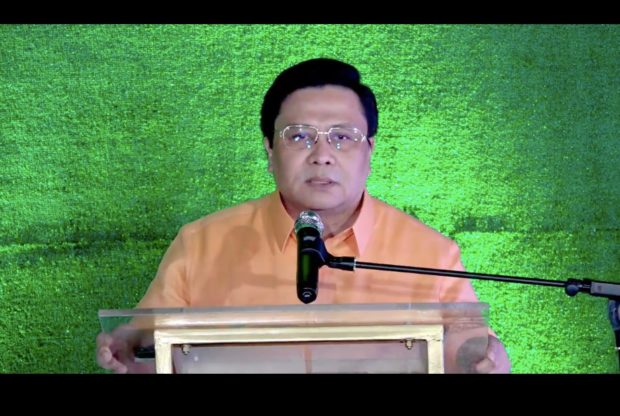 MANILA, Philippines — Former senator Jose “Jinggoy” Estrada announced on Wednesday that he would run for the Senate in the 2022 elections.

He will be running under Pwersa ng Masang Pilipino, which was also the party of former president Joseph Ejercito Estrada. He is currently the lone senatorial candidate of the party.

(Fellow Filipinos, I am Jinggoy, I wholeheartedly express my intention to participate in a clean election to become a senator again.)

According to Estrada, however, he is still willing to be adopted by other parties, even that of Senator Panfilo Lacson’s who listed his half-brother JV Ejercito as part of its senatorial lineup.

He even said he was also open to being included in Mayor Francisco “Isko Moreno” Domagoso’s own senatorial lineup.

Jinggoy currently faces a P183-million plunder case over the pork barrel scam but was granted bail in September 2017.

READ: Jinggoy granted bail by Sandigan, will be free today

His announcement follows that of former senator Ejercito who declared his own senatorial candidacy on Friday, Sept. 24.

(My only prayer is that we both win because the blood that runs in both of us is faithful service to the people.)

He said this despite the known tension between the two half-brothers.

(As for me as an older brother of course I also want my younger brother to win.)

Their rift was caused by politics, especially in San Juan, where both Estradas held the office of mayor.

Ejercito added fuel to the fire when he signed a 2014 Senate committee report against Juan Ponce Enrile, Bong Revilla, and his half-brother for misusing government funds.

Both Estrada and Ejercito ran and lost in the last senatorial race in 2019.

READ: The collapse of 2 Estradas