The collapse of 2 Estradas 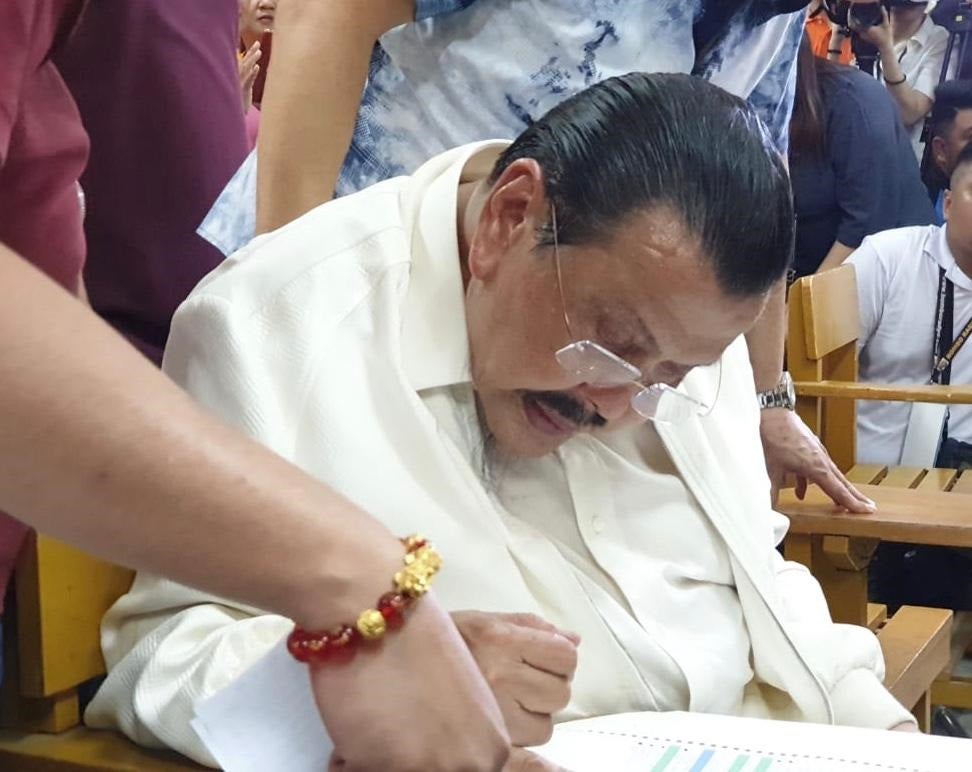 Mayor Joseph ‘Erap’ Estrada casts his vote in Manila for the midterm elections on May 13, 2019. INQUIRER.NET / TETCH TORRES-TUPAS

MANILA, Philippines — Two generations of Estradas lost their quest for the top posts in two different cities in this year’s midterm elections.

In an unprecedented lead by two mayoral candidates who challenged a 50-year reign and a former president who has already had two terms, a powerful clan in politics has been dethroned.

On Monday night’s proclamation of Francis Zamora, history was written.

It was the first time in 50 years that someone outside the Ejercito Estrada clan will be seated as mayor.

Zamora was up against Janella Ejercito Estrada, who is the incumbent vice mayor of the city.

If she had won, Ejercito Estrada would be replacing Mayor Guia Gomez, the mother of Senator JV Ejercito, and would become the third-generation Estrada to be mayor of San Juan City.

The first to hold the post was her grandfather, former President Joseph Estrada.

Zamora scored a 10,000 difference to pull away from Ejercito Estrada.

Results from the City Board of Canvassers showed that Zamora, running under the Partido Demokratiko Pilipino-Lakas ng Bayan (PDP-Laban), led the mayoralty race with 35,060 votes, while his opponent, Ejercito Estrada, running under the Pwersa ng Masang Pilipino (PMP), garnered 24,813 votes.

A new mayor for the country’s capital has yet to be officially proclaimed by the Commission on Elections (Comelec) as of writing, but Francisco “Isko Moreno” Domagoso is already the presumptive winner of Manila’s race for mayor.

Moreno’s apparent win ended what could have been Estrada’s third and final term as Manila mayor.

When he arrived at the Manila San Andres Complex where the City Board of Canvassers (CBOC) is currently tallying votes, supporters exploded in cheers.

When asked about his impending win, Moreno said: “It’s a very humbling experience.”