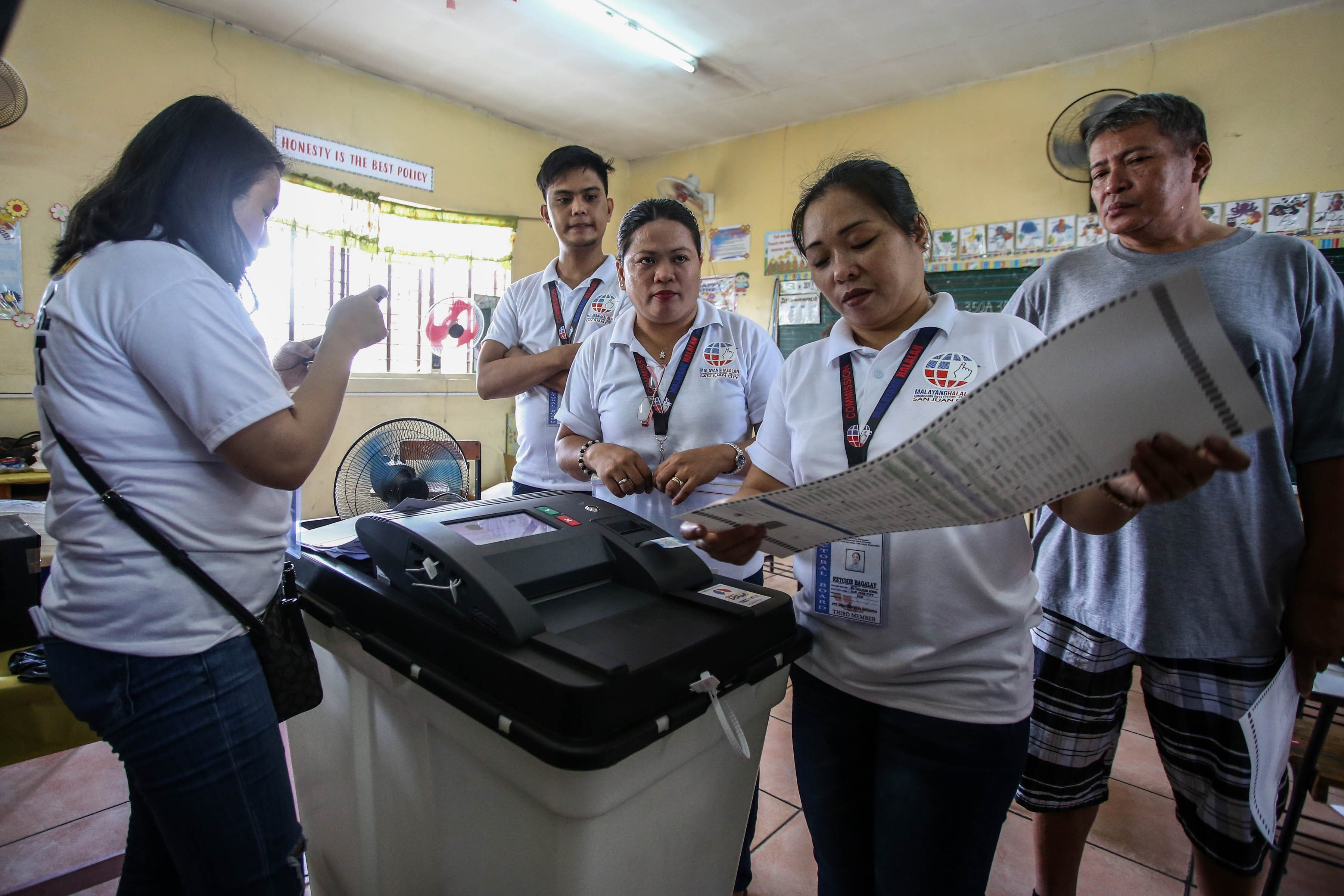 A local election staff member smooths out a ballot after it was rejected by the vote counting machine inside a polling precinct at the Santa Lucia Elementary School in San Juan. INQUIRER PHOTO/ JAM STA ROSA

Considering that it was the country’s fourth automated elections, Hontiveros said “mishaps” like this were “unacceptable.”

“In the interest of transparency and the credibility of the elections, I call on the Commission on Elections (Comelec) to fully explain the reasons behind these malfunctions and disclose the number of voters disenfranchised as a result of this setback,” Hontiveros said in a statement Monday night.

“This is our fourth automated elections. Mishaps like this, especially those that deprive our people of the right to suffrage, are unacceptable,” she added.

The senator claimed that the figure was three times more than those replaced in the 2016 elections.

“This resulted in the disenfranchisement of a still undetermined number of voters and the severe inconvenience of many citizens in different parts of the country,” Hontiveros said.

The Comelec earlier said about 400 VCMs had technical difficulties on Election Day.

“It could be bigger, it could be smaller, but that is the estimate I have right now. Again, I am not going over any official report, simply reports from monitors in the field,” Comelec Spokesperson James Jimenez said in a press briefing.