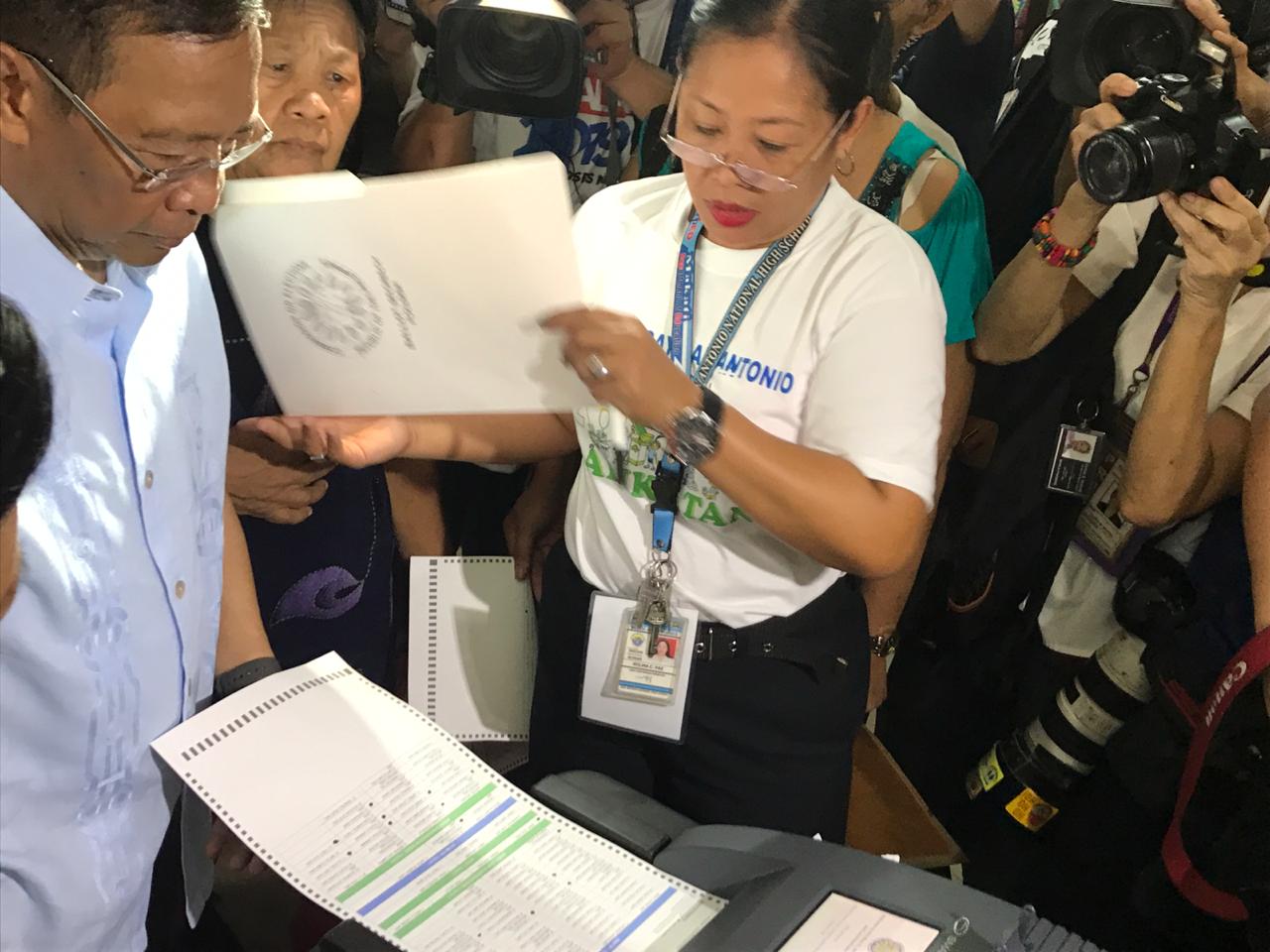 MANILA, Philippines — Voting in the cities of Pasig, Makati and San Juan were delayed after a number of vote counting machines (VCMs) malfunctioned just hours after the polling precincts opened Monday morning.

In Makati, former Vice President Jejomar Binay’s ballot was repeatedly rejected after being fed to the VCM eight times.

The incident prompted Binay, who is running as Makati 1st District representative, to rush to the Commission on Elections (Comelec) to file his complaint. He left his precinct at the San Antonio National High School at around 7:35 a.m.

The former Vice President was met by Comelec Spokesperson James Jimenez in a closed-door meeting. Minutes after, the two informed media that the VCM had indeed malfunctioned.

Jimenez said the rejected ballots, including that of Binay’s, will be refed in a replacement machine.

Also in Makati, the VCM at the precinct where Makati Mayor Abby Binay was supposed to cast her vote, suffered a malfunction at about 7:20 a.m. even before she arrived.

Binay was expected to cast her vote at 10 a.m.

Poe arrived at the Sta. Lucia Elementary School around 9:30 a.m. but she could not cast her vote as of posting because of the technical problem.

According to Jimenez, the VCMs may reject ballots if they contain unnecessary markings. In case the VCMs malfunctioned due to technical glitches, replacement machines will be deployed.

The Comelec earlier said it will be using more than 85,000 VCMs for the May midterm elections. Another 7,000 were on standby as contingency measure.  (Editor: Mike Frialde)