Commission on Elections (Comelec) Spokesperson James Jimenez confirmed this Monday after a visibly irked Binay went to the PICC Forum to complain about his rejected ballot.

“Initial reports had it that he was not allowed to feed the ballot anymore after the eight tries. Upon investigation, nakita natin na ang problema pala ay nasa mchine,” Jimenez said. 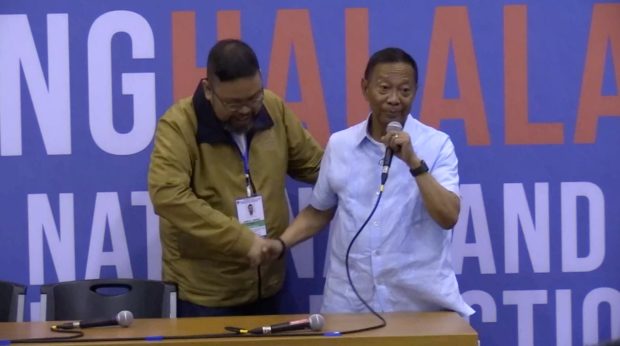 The poll official added that the machine will be replaced and the rejected ballots, including that of Binay’s, will be refed to the new VCM.