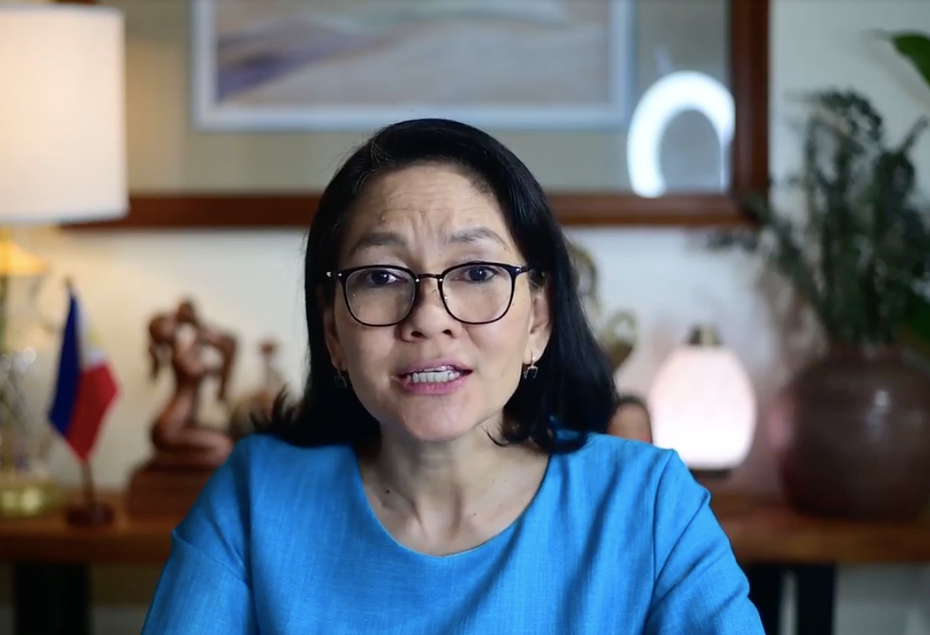 MANILA, Philippines —  Beleaguered trading company Pharmally Pharmaceutical Corp. is accusing Senator Risa Hontiveros of offering to bribe a witness who had testified before the Senate blue ribbon committee that the medical supplies procured by the government were substandard.

Pharmally, through its lawyer Ferdinand Topacio, presented on Wednesday video footage of another person who worked in the company’s warehouse claiming that a lawyer of Hontiveros offered the Senate’s witness money in exchange for fabricated testimony.

Last Friday, a witness who appeared before the committee, whose face was hidden, claimed that they were ordered by Pharmally officer Krizle Grace Mago to change the expiry dates on the face shields that would be supplied to the government.

“[…] In a video that was presented by Atty. Topacio in a press conference a while ago,  another warehouse staff from Pharmally reveals that Sen. Hontiveros’ attorney offered his former co-worker money in exchange for testimony,” Pharmally said.

“In that said video, another Pharmally warehouseman identified his former co-worker as ‘V-Jay’, saying the latter was paid by (Hontiveros’ lawyer) through her driver,” it added.

The Pharmally warehouse staff claims the Senate’s witness was supposedly out to destroy the reputation of Pharmally and Mago, adding that no irregularity was done inside the warehouse.

This was even if Mago actually admitted that there was tampering of the expiration dates on the face shields.

Hontiveros meanwhile denied the allegations saying they have “no track record” of “witness tampering [and] witness bribery.”

“First, it was the witness who reached out to us. We have an e-mail thread to prove this.  Like always, may resibo ako,” she said.  “We vetted the information of the witness for weeks and obtained independent corroboration of his points.”

“That is unrehearsed testimony. It is on the record. Kaya huwag na silang magtangkang ilihis pa ang usapan (So they should not attempt to divert the issue),” the senator said.

Mago’s revelation was made during the Senate committee hearing on the Commission on Audit (COA) report which showed P67.32 billion worth of deficiencies in the Department of Health (DOH) COVID-19 funds.

The Senate offered to provide Mago with security after her testimony, but the Senate blue ribbon committee has not been able to locate her.  The panel has asked the National Bureau of Investigation to help locate Mago.