Former members of UP political orgs: Marcos ‘delusional’ to think he can beat Robredo 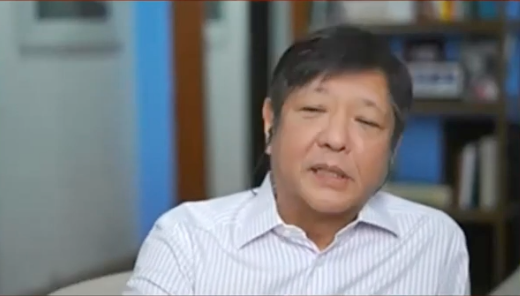 MANILA, Philippines — Former senator Bongbong Marcos is delusional about his failed electoral protest if he thinks he can beat Vice President Leni Robredo in the 2022 national elections, alumni of political parties from the University of the Philippines (UP) said.

According to Sandigan para sa Mag-aaral at Sambayan (SAMASA) and Nagkaisang Tugon (TUGON) — rival political parties at UP — Marcos would lose again to Robredo if ever they face in the 2022 national elections.

The statement from the groups came after Marcos expressed confidence that he would be able to beat Robredo in 2022, if the electoral fight turns into a one-on-one battle.

“We strongly criticize BBM on his delusional claim today that he will win the May 2022 presidential elections against Vice President Leni Robredo. We dare say: ‘You lost; you will lose again!’” the groups said in a statement sent to reporters by volunteer group Team Leni Robredo on Thursday.

“He is clearly delusional about the status of his election protest. No less than the Supreme Court has declared that VP Leni Robredo won the 2016 Vice-Presidential elections when it unanimously dismissed Bongbong Marcos’ election protest on the ground that he had no evidence to back up his fake claims of electoral fraud,” they added.

Marcos and Robredo faced off at the 2016 vice presidential race, with the latter winning on a small margin.  Marcos filed a political protest against the Vice President but it was dismissed by the Supreme Court (SC) which sat as the Presidential Electoral Tribunal (PET).

Fast forward to 2021, both are again rumored to make a presidential bid for 2022.

But both groups vowed to support Robredo, if she would make a presidential bid.  As of now, she has not yet announced whether she would indeed pursue the presidency, vie for a local post, or step away from politics.

“We, the alumni of [SAMASA] and [TUGON], former rival political parties at the University of the Philippines-Diliman during the time of the Marcos regime, joined forces in 2016 and campaigned against Bongbong Marcos and supported Leni Robredo to win as Vice President,” they vowed.

“For the 2022 elections SAMASA and TUGON remain united in backing Leni Robredo to be the next President of the Philippines,” the added.

Last February, the PET unanimously dismissed Marcos’ poll protest against Robredo due to lack of merit and for ultimately failing to prove that electoral fraud occurred.  But the camp of Marcos, son of late dictator and former president Ferdinand Marcos, claimed that only a part of his petition was dismissed by PET.

Marcos’ lawyer Vic Rodriguez said that the third cause of action — a call to nullify votes from certain Mindanao provinces — was still in play.  There were three causes of action in the protest, and Marcos lost in the second as manual recounts showed Robredo actually gained more votes in provinces picked by Marcos.

The claims from Marcos’ camp was rebuked by Robredo, citing a clarification from SC that the whole protest was dismissed.

Robredo has not yet decided on whether she would run for president, as she wants to talk with other sectors within the opposition first in hopes of uniting critics of the administration.  This move, she hopes, would give them a better chance against the anointed candidate of President Rodrigo Duterte.

But Robredo’s camp has clarified that the day for her decision is nearing, as she vowed to make a decision by September.

The political parties’ alum are the latest to throw their support for Robredo, joining hundreds of local and sectoral organizations operating under the volunteer group Team Leni Robredo.

From August to September, various groups have officially launched their campaigns to persuade the Vice President to run for president in the 2022 national elections.