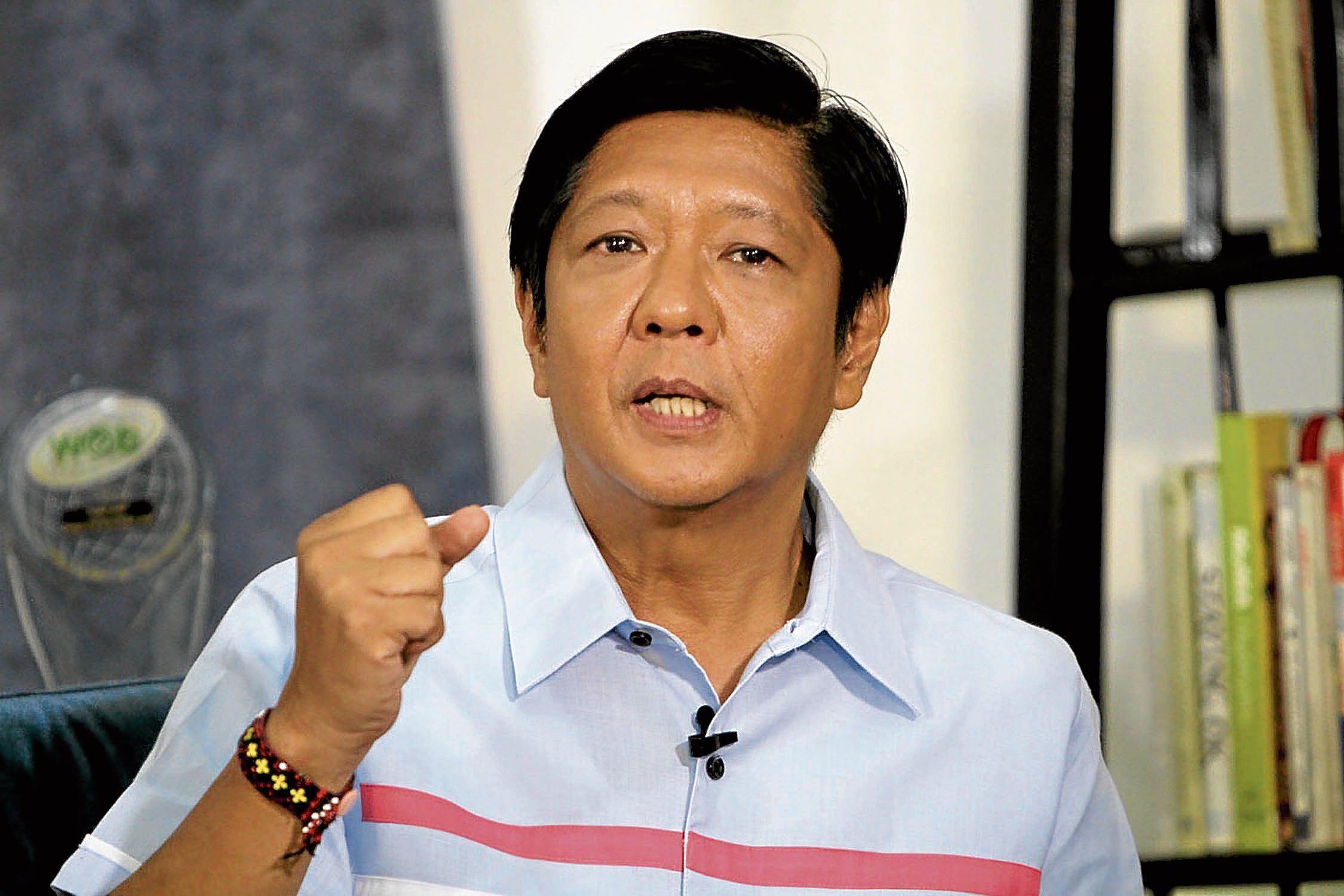 MANILA, Philippines — Former Senator Ferdinand “Bongbong” Marcos Jr. on Wednesday shared that he is now closer to a decision regarding the 2022 elections.

“I’m coming closer and closer to a decision but we’re not there yet,” Marcos answered during the Kapihan sa Manila Bay webinar.

However, he reiterated that he is seeking a national position.

“The most I can say is I’m planning to run for a national position. That’s as definite as I can get,” Marcos said.

The former senator noted that his political family is a significant factor in considering his decision.

Marcos’ nephew Matthew Manotoc is Ilocos Norte’s governor. His sister Imee Marcos, meanwhile, is in the Senate. His cousins Martin Romualdez and Alfred Romualdez are the 1st District of Leyte representative and Tacloban City mayor, respectively.

“It’s not just those within the immediate family. We are the second or third generation of our family that has been working together in politics,” he explained.

“That is really what determines a lot of how we decide. Talaga bang may suporta tayo (Do we really have support)? Can we win this, to begin with?” he further said.

Based on a Pulse Asia survey, Marcos ranked second as the preferred president for 2022 following presidential daughter and Davao City Mayor Sara Duterte.