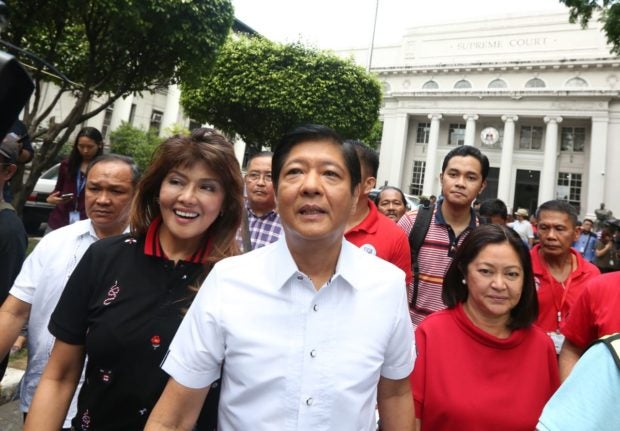 She said her brother is keeping his options open for the 2022 elections.

(There are friends from the two factions of PDP. I know that Sen. Manny Pacquiao, they’ve already talked. Everything is open and influx[ing] at the moment.)

The Cusi wing, which is at odds with the Pacquiao faction, had earlier said it would accept the former senator as a new party member.

(Many parties are talking to him, of course, our old colleagues, he did not break away from Nacionalista Party because he has been running under that party ever since…There is also HNP; we were supported by Inday Sara even though that party is only a regional party.)

In May, a photo of Marcos’ siblings with presidential daughter Davao City Mayor Sara Duterte-Carpio sparked speculations that the latter may team up with the son and namesake of late dictator Ferdinand Marcos in 2022.

Earlier, Marcos said her brother is considering vying for the presidency in 2022.

In any event, her brother would be “honored” to run alongside Duterte-Carpio. She called the pairing a “marriage made in heaven.”

(He kept going around and said he was available if anyone needed him.)