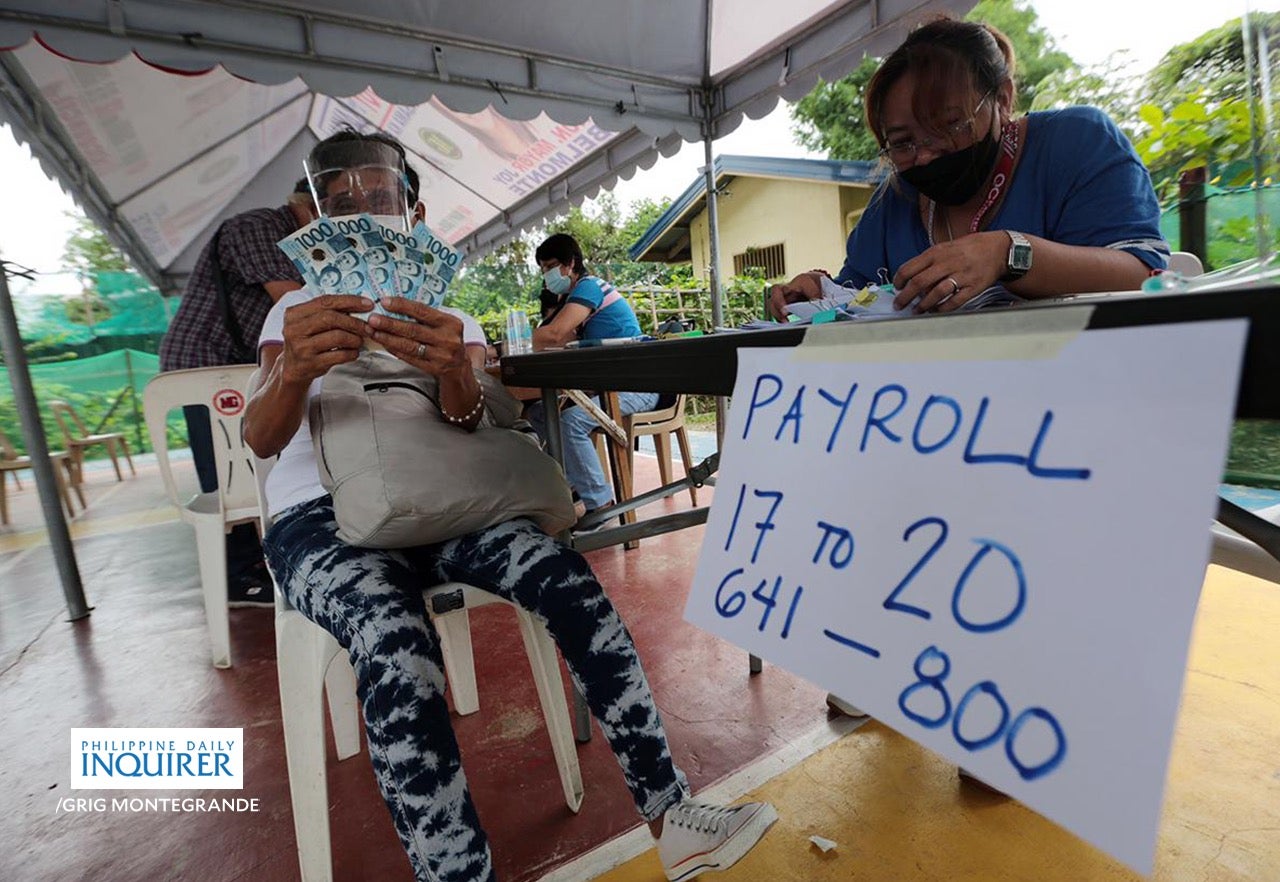 Interior Secretary Eduardo Año said that as of August 31, a total of P10.7 billion have been distributed to 10,663,537 beneficiaries to help them with the economic impact of the two-week enhanced community quarantine.

“It is a victory amid this COVID-19 pandemic that Metro Manila LGUs were able to distribute the financial assistance for our kababayans,” Año said in a statement.

The DILG chief also noted that most of the NCR LGUs are close to finishing the cash aid distribution with a distribution percentage ranging from 90-99 percent.

Meanwhile, Año said local governments who have unclaimed funds may process their pending claims before the LGU Grievance and Appeals Committee until September 10 —the final day before the excess funds get reverted to the National Treasury.

A total of P11.2-billion of cash assistance was allotted to provide P1,000 each for low-income individuals with a maximum of P4,000 per low-income family affected by the strictest quarantine classification from August 6 to 20.