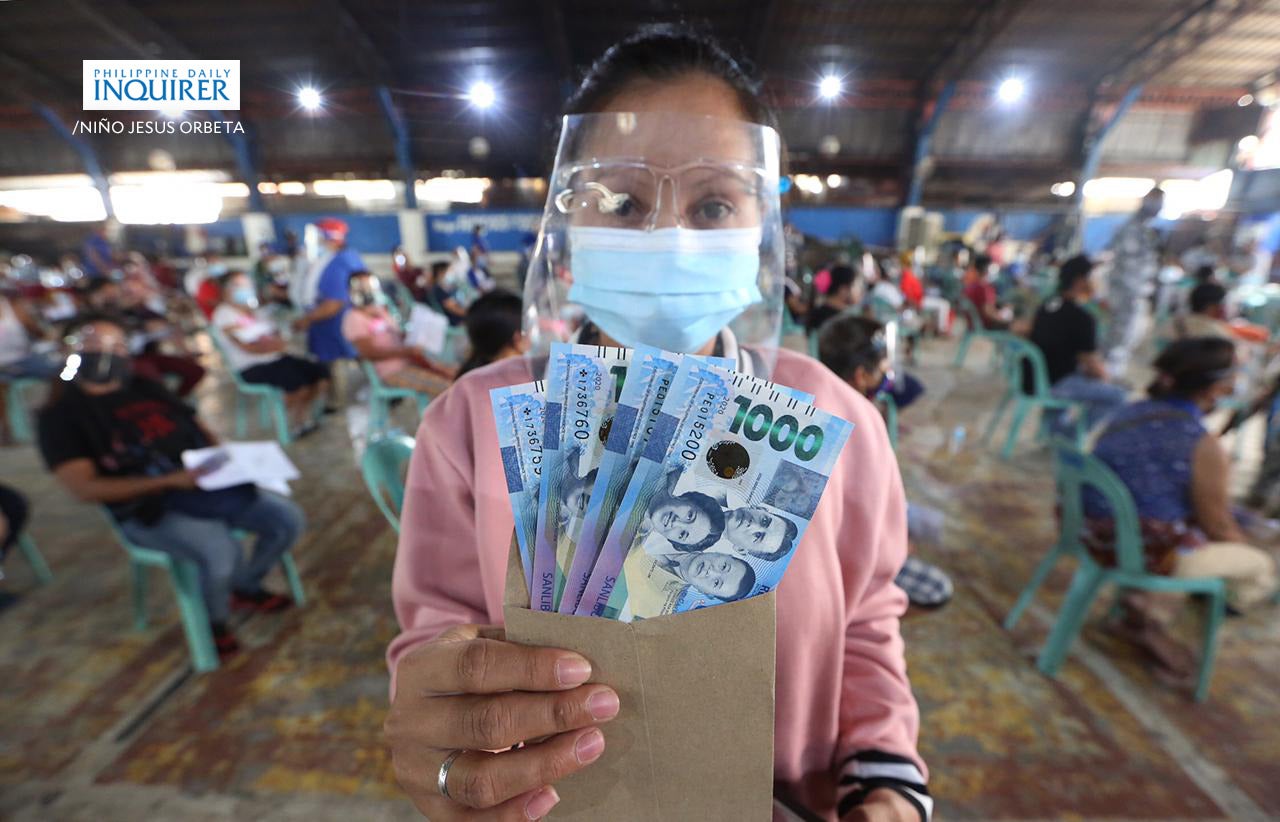 FILE PHOTO: A resident of Baseco, Tondo, in Manila City on Wednesday, April 7, 2021, shows the financial assistance she received from the government, which extended the (ECQ) enhanced community quarantine in Metro Manila and other nearby provinces from April 5-11, due to the resurgence of COVID-19 cases in the National Capital Region. Philippine Daily Inquirer file photo / Niño Jesus Orbeta

MANILA, Philippines — The distribution of “ayuda” or cash aid in the National Capital Region (NCR) is now 80 percent complete, the Department of Interior and Local Government (DILG) announced on Wednesday.

DILG Secretary Eduardo M. Año said that as of Tuesday, 80.96 percent or P9.1-billion out of the P11.2-billion cash aid from the national government has been distributed to cushion the economic impact brought about by the two-week enhanced community quarantine in Metro Manila.

“This is the fastest distribution we’ve had in NCR since the start of the pandemic and we did this with people complying with minimum health standards,” Año said in a statement.

He also noted that a total of 9,101,999 low-income individuals in the NCR have received their cash aid from August 11-24.

“This means that for every 10 low-income individuals, 8 have already received their ayuda,” Año pointed out.

Meanwhile, Año also congratulated Caloocan City as the first city in Metro Manila to finish with its cash aid distribution.

In response, the Caloocan City government said: “We thank those who assisted us in making the ayuda distribution fast and organized.”

“The city government will do everything to further improve the system of ayuda distribution,” it added.