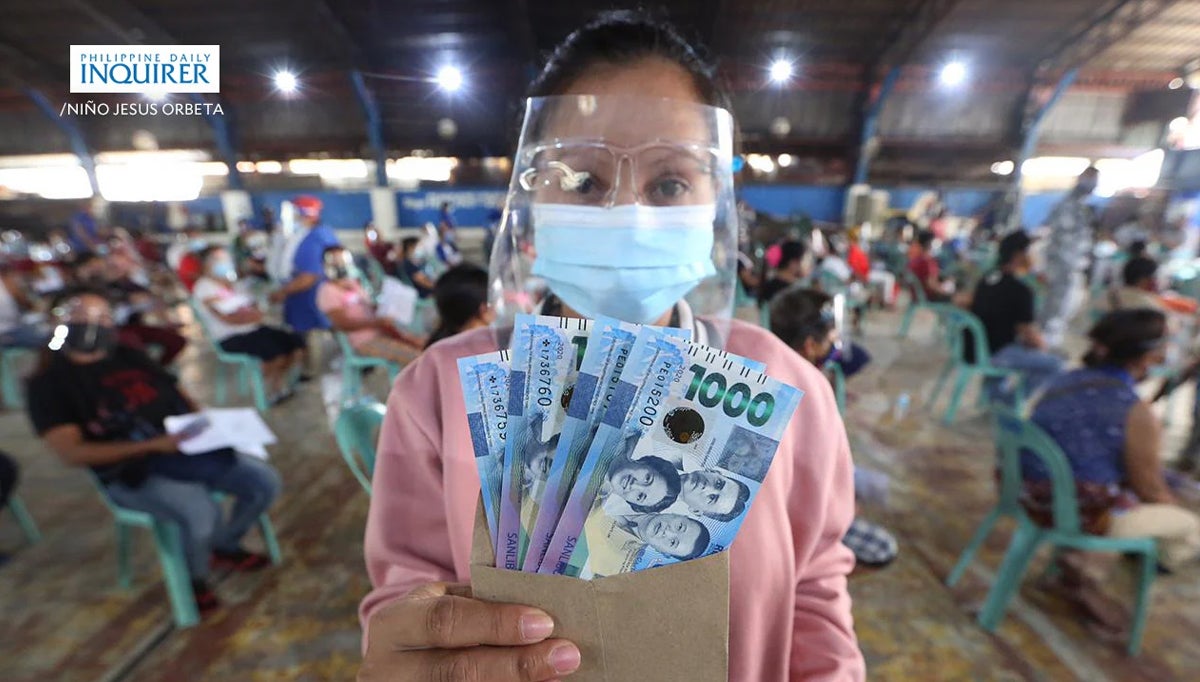 MANILA, Philippines—The month of August is coming to an end and as the coronavirus pandemic continues to plague the country, many Filipino families rely on the national government’s cash assistance or “ayuda” to meet basic needs during a lockdown that restricted mobility.

The less restrictive modified enhanced community quarantine (MECQ) status for Metro Manila will last until Aug. 31, unless extended by the government. Many among the capital region’s poor, however, have yet to receive their ayuda.

READ: Metro Manila, Laguna, Bataan will be under MECQ until end of month–Palace

How are the national government and local government units (LGUs) faring so far in the distribution of the much-needed cash assistance?

How much did Metro Manila get for the financial aid program?

The National Capital Region (NCR) received a total of P11.262 billion to fund the cash assistance program for August.

Initially, the Department of Budget and Management released P10.89 billion for residents covered by ECQ.

The additional P368 million was included after President Rodrigo Duterte on Aug. 12 approved the P3.78 billion allocation for the cash aid of residents in ECQ-hit Laguna and Bataan provinces and Metro Manila.

When did the LGUs begin distributing cash aid?

The distribution of cash aid to qualified beneficiaries started on August 11.

Who are the recipients?

According to an earlier statement by Metro Manila Council (MMC) Chairman and Parañaque City Mayor Edwin Olivarez, residents qualified for previous Social Amelioration Programs (SAP) are qualified, too, for the new round of aid.

Those who are not on the list of SAP and the current ayuda beneficiaries were required to fill out forms at grievance committees in their villages.

How much will each recipient get?

Under the Department of Interior and Local Government’s (DILG) Joint Memorandum Circular No.3 series of 2021, P1,000 will be given to each low-income individual or a maximum of P4,000 for each household affected by the new ECQ.

The cash aid will be given by LGUs through three means—electronic wallets, online money transfer services, or face-to-face distribution.

The DBM said, “the cash aid shall benefit 10.9 million individuals or the bottom 80 percent of the population in Metro Manila, based on the population projection and available data of the Philippine Statistics Authority.”

“This is the fastest distribution we’ve had in NCR since the start of the pandemic and we did this with people complying with minimum health standards,” Año said in a statement.

According to Año, Caloocan City was the first out of the 16 cities in Metro Manila to finish with its cash aid distribution.

In a Facebook post by Caloocan City Mayor Oscar Malapitan on Sunday (Aug. 22), he said the city government has distributed a total of P1,342,711,000 cash aid to its constituents.

“In a span of 12 days, a total of 402,835 families have received their cash assistance in Caloocan,” the post read, written in Filipino.

“Among those who received the cash assistance were the beneficiaries of the Special Amelioration Program or SAP, Pantawid Pamilyang Pilipino Program members of 4Ps, persons with disabilities, solo parents, and TODA/JODA members,” it added.

Aside from cash assistance, the city government also distributes grocery packs to “pockets of poverty” in Pasig.

READ: Needy residents without ‘ayuda’ due to low supply to get food packs–Pasig LGU

As of Tuesday (Aug. 24), Año reported that the city of Manila has distributed 91.57 percent of the total allocation from the national government.

Quezon City Mayor Joy Belmonte had said the local government may not be able to finish the cash aid distribution within 15 days owing to the city’s large population.

“Based on Ayuda 1 experience, even though we are distributing 35,000 a day, on those days, we cannot [finish it within 15 days] due to our population and I do not want to sacrifice the minimum health standards. So, I appealed to authorities if we could extend the cash aid payout in Quezon City for one week, so 21 days,” Belmonte said in Filipino

Makati, on the other hand, has released cash assistance to over 233,000 residents during the first day of distribution alone.

According to Makati City Mayor Abby Binay on Aug. 12, 52 percent out of the P511 million downloaded to the city for the cash aid was released.

Pateros has released 97.34 percent of the total funds it received for cash aid while Pasay City distributed 95.16 percent to its residents.

Mandaluyong, according to the DILG chief, has given 85.84 percent of its cash aid funds.