Abolish DBM-PS, PITC or give them P1 budget – Marcos 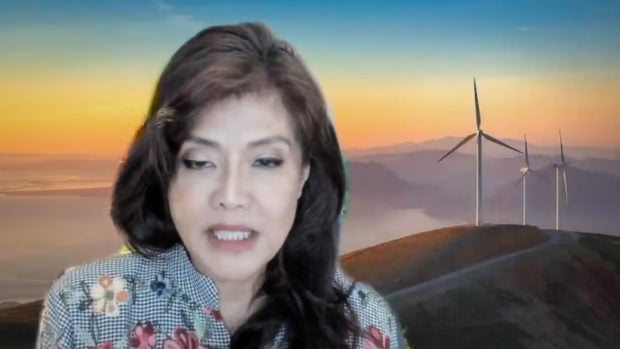 MANILA, Philippines — Senator Imee Marcos is eyeing to file a bill that would abolish two agencies, created during her father’s term, which she said have been used to “park” billions of funds and have already “outlived its usefulness.”

Marcos called for the abolition of the Philippine International Trading Corporation (PITC) and the Department of Budget and Management-Procurement Service (DBM-PS) amid concerns raised on the purchase of allegedly overpriced medical supplies for the country’s pandemic response.

“I think it’s really outlived its usefulness and instead with its miserable track record and all these kurakot [corruption] we keep hearing about—or sabihin na nating walang [or let’s say there’s no] corruption—obvious inefficiencies we keep hearing about, mas maigi na mag-procure na lang ang bawat isa [it’s better that each agency just procures on their own],” she said in an online interview with reporters.

(It’s better to abolish both agencies because they were designed for a specific purpose and now it has turned into a parking lot of funds. It is susceptible to scams. The implementation of our bids and awards is not clear. We should abolish these agencies as soon as possible.)

Aside from a bill abolishing the PITC and the DBM-PS would take time, Marcos suggested that another option can be the inclusion of a provision in the 2022 national budget that would bar government offices from passing on their funds to the two agencies for procurement purposes.

Further, the senator said a P1 yearly budget for the two agencies can also be a possibility.

Marcos noted that the two agencies were created during her father’s term and each was given a “very clear” purpose.

The DBM-PS was established to procure in bulk common-used items for government officers such as paper and photocopy machines, among others.

(So we can get a discount when we buy these items in bulk, as an Ilocano, my father wanted to buy these common-used supplies altogether.)

In the case of PITC, it was created in the 1970s to procure oil and other products from communist countries which do not have existing trade and diplomatic ties with the Philippines at the time, according to Marcos.

“Sa palagay ko neither is prevalent anymore because in the case of the communist countries, may relasyon na tayo, very open na ngayon, wala nang Cold War,” Marcos went on.

(I think neither are prevalent anymore because, in the case of the communist countries, we already have relations with them, it’s very open now, there’s no more Cold War.)

(Second, the DBM-PS, in our procurement, it’s clear that each LGU, each government agency can procure on their own. There’s already capacity building.)

Aside from having already “outlived” its original purpose, Marcos also flagged the price of face masks and shields being procured by the PITC.

Citing PITC documents posted on its website, the senator said that the agency procured face masks for up to P40 and face shields for up to P190.

Marcos, however, added she has yet to get a hold of all PITC’s procurement documents so the prices she mentioned could possibly be the cost per pack.

Nevertheless, Marcos still raised concern over the “parking” of other government agencies’ funds to the PITC and the DBM-PS.

(It’s surprising that we have P11 billion parked in the PITC. Then P16 billion in the DBM-PS. Just think, with that kind of money, you add them up for a total of P27 billion. That should be given to our health workers and hospitals.)

Senators earlier questioned the Department of Health’s (DOH) transfer of P42 billion to the DBM-PS for pandemic response supplies.

Meanwhile, Senate Minority Leader Franklin Drilon flagged last year the funds “parked” in the PITC, saying it is being used as a “pawn” by government agencies to skirt obligations to return unspent funds and avoid procurement-related liabilities.

Recently, Drilon urged the PITC and other agencies that have kept funds idle, to return to the treasury all funds it has kept on behalf of other government agencies to be used to augment funds for the country’s pandemic response.

While the minority leader lauded PITC’s move to return P5.2 billion of its funds to the Bureau of Treasury, he said this fell short since the “parked funds” flagged by the Commission on Audit was P11.02 billion.