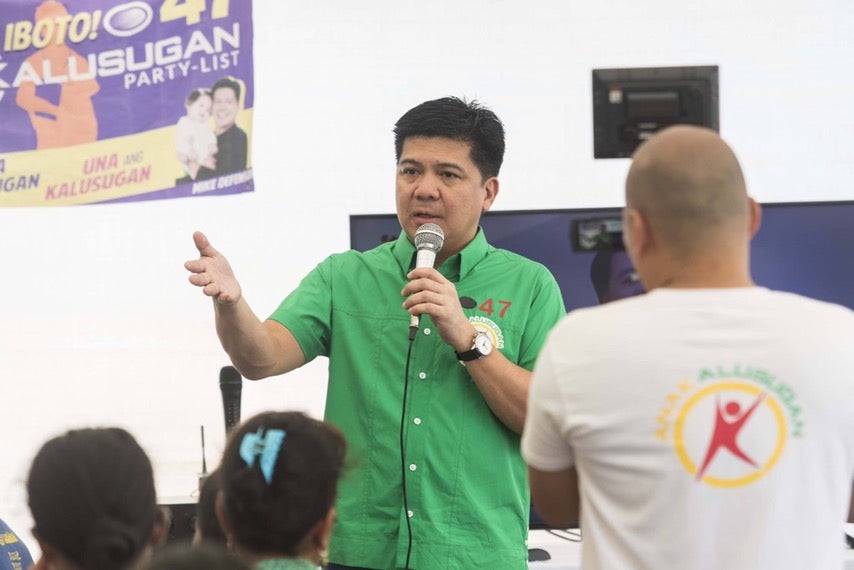 This came after Facebook blocked two of Defensor’s accounts after he slammed the Department of Health (DOH) for not allowing the use of the antiparasitic drug ivermectin for the treatment of COVID-19.

“Considering Facebook’s huge influence in our country’s moral, political, national security, and also in securing private corporate interests, there is a need to clarify its Information Censorship Methods,” Defensor stated through House Resolution No.  2112.

The resolution also cited a study that revealed that the Philippines topped the world for the 6th consecutive year for time spent using social media.

According to the study, Filipinos spent the most time on social media, averaging 4 hours and 15 minutes, while the average time spent worldwide is only 2 hours and 25 minutes.

The resolution also added that as of 2019, there were almost 74 million Facebook users in the Philippines.

“It is forecasted that by 2025 the amount of Facebook users would be around 88.1 million. Another 10 million Filipinos were on Instagram, which is owned by Facebook,” the resolution explained.

It also cited reports that the Facebook usage percentage in the Philippines rose from 25.87 percent in 2015 to 96 percent in the third quarter of 2020.

“With the sheer number of Facebook users and the high usage percentage, there is no denying that this social media platform has become a De Facto Mass Media firm with arguably a much larger impact than traditional media outlets,” the resolution stated.

“Therefore, be it resolved as it is hereby resolved, that the proper Committee of the House of Representatives, conduct an inquiry in aid of legislation regarding the Information Censorship Methods of Facebook,” it added.

The DOH and the Food and Drug Administration (FDA) have repeatedly stated that ivermectin should not be used to combat COVID-19, angering several members of the House of Representatives who are in favor of its use, including Defensor.

Currently, the FDA has approved ivermectin for human use in the country. However, the FDA said there is still not enough data to say if ivermectin is effective against COVID-19. It stressed that the certificate of product registration it had issued was not for its use in treating or preventing COVID-19, but for its antiparasitic purpose.

In 2020, the Malacañang itself also questioned Facebook’s censorship policies after it reportedly shut down pro-government pages.