In its report dated November 17, Statista said that based on data from a Global Web Index survey conducted in 46 markets, “the Philippines spent the most time connected to social networks, devoting almost four hours a day to the digital social sphere.”

Meanwhile, Nigerians typically spend almost three and three-quarters of an hour a day on social media sites, while Indians and Chinese spend around 2.5 hours and 2 hours per day, respectively.

“Some of the more developed markets have shown signs of plateauing which could be driven by aging populations in these countries. During a typical day in Japan, people spend only three-quarters of an hour staying connected on social networks,” Statista noted.

“Germany posts only slightly higher numbers, with users going on social media for one hour and twenty minutes every day, while the UK and the U.S. both spent closer to two hours per day engaging with social media,” the company pointed out.

The survey covered 676,000 internet users aged 16 to 64 who were interviewed across 46 markets globally. The Global Web Index survey was also included in the Digital 2020 July Global Statshot of DataReportal, which reports data, insights, and trends on the internet and other topics.

According to Statista, global internet users spend 2 hours and 22 minutes on social media per day on average, although trends differed widely by country.

It noted that in many of the markets that Global Web Index surveyed, social media use had “shrunk or plateaued” in Quarter 1 of 2020 when compared with 2019 and 2018 figures.

“The 2021 report will reveal if the coronavirus pandemic has reversed this trend,” the data company added.

However, emerging markets continue to spend the most time on social networks during a typical day. Statista said: “This could be driven by these markets generally having younger populations, with the 16 to 24-year-old segment driving growth globally.”

Below is the data on the average time spent by internet users connected to social networks during a typical day, based on information from Global Web Index via DataReportal: 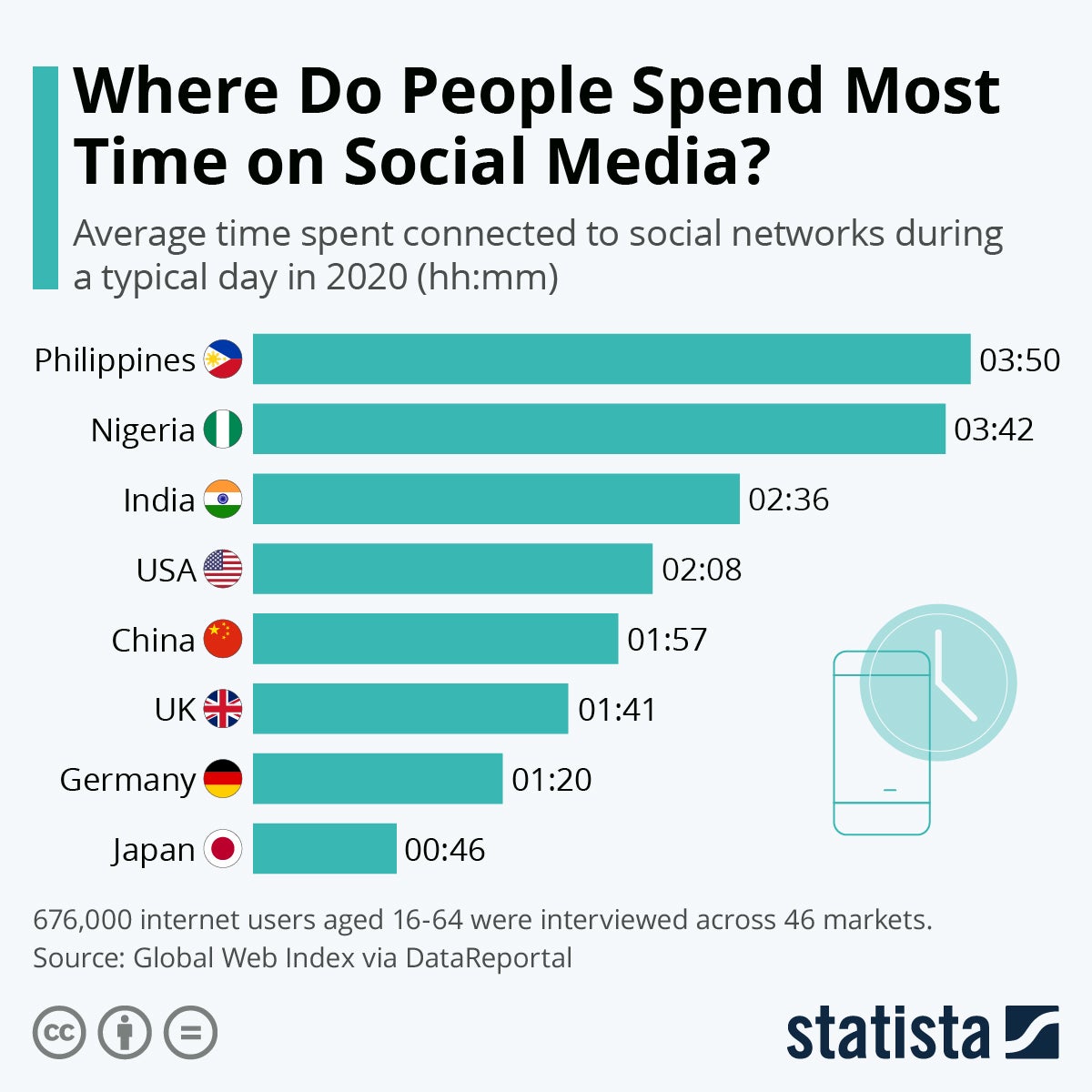