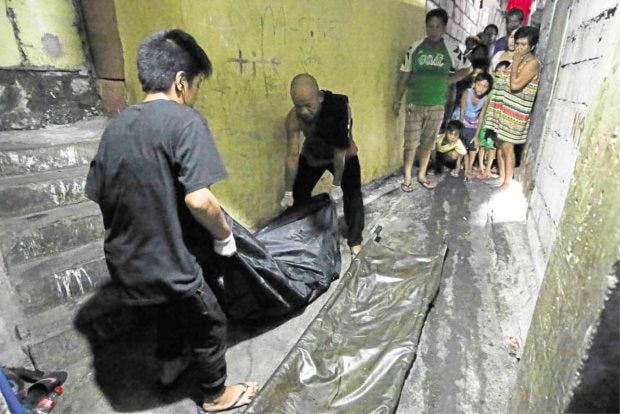 MANILA, Philippines — The police force would coordinate and cooperate with the Department of Justice (DOJ) in discussing the latter’s review of anti-drug operations that led to the deaths of suspects, Philippine National Police (PNP) chief Gen. Guillermo Eleazar said on Tuesday.

Eleazar said the review of anti-drug operations would complement his program of reforming the PNP through increased accountability and transparency.

On Monday, Justice Secretary Menardo Guevarra said that he has already finished reviewing 52 of the cases submitted by the PNP, where suspects died.  The review is seen as proof that the administration is taking allegations of human rights violations seriously.

(On the first day of my term as PNP chief, I have already assured the public of an aggressive reform within our organization and this includes transparency to strengthen accountability, correct the wrongs, and eventually remove this big smear from our successful anti-drug campaign.)

“The PNP welcomes this development and we will immediately coordinate with the DOJ to discuss the results of its review,” he added.

According to the country’s top cop, the PNP has nothing to hide, and its readiness to bring erring police officers to justice is evidence of that.

(The PNP is not hiding anything and we are always seeking accountability from police officers who would be found guilty of abuse of power or have done corrupt acts, especially in our anti-drug operations.)

Last June 10, the DOJ announced that they have started reviewing the drug war cases where drug suspects were reported to have resisted arrest — the so-called “nanlaban” narrative — which has been a common reason why drug personalities have died in police operations.

The review came after the PNP gave access to its files — something that Eleazar’s predecessors failed to do.

The drug war deaths have been marred by numerous accusations of extrajudicial killings, especially after 17-year-old Kian delos Santos was killed in a police operation in Caloocan last August 16, 2017 — exactly four years since.

Police officers who accosted Delos Santos claimed that he tried to resist arrest and initially opened fire at the authorities, forcing them to retaliate.

However, a Caloocan court in 2018 found three officers guilty of murdering the minor, as a closed-circuit television camera footage showed that police officers dragged the victim before he was summarily executed.

Earlier, Eleazar himself assured the public and the Commission on Human Rights (CHR) that the PNP has no policy to kill drug suspects, adding that the conviction of Delos Santos’ provides a “constant reminder” that abusive police officers would not be tolerated.

This was after CHR said that even after Delos Santos’ death, the call to end drug war killings has not changed.

Right now, President Rodrigo Duterte and other drug war implementers are facing possible prosecution before the International Criminal Court (ICC) after former prosecutor Fatou Bensouda sought judicial authority to conduct a full-blown investigation into allegations that the crime against humanity of murder was committed.

READ: Lawyers pushing for ICC probe as kin of drug war victims see it as last chance for justice