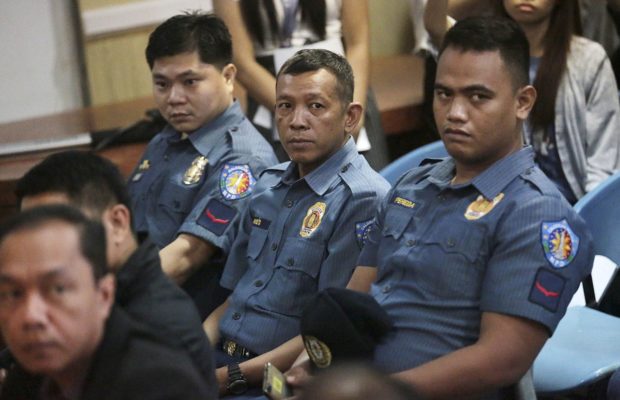 PO1 Jerwin Cruz, PO3 Arnel Oares and PO1 Jeremias Pereda, who were accused of killing Kian delos Santos, show up at the Department of Justice for the preliminary investigation of the case on Sept. 14, 2017. The Caloocan City Regional Trial Court is expected to announce its decision on Thursday.

Police officers involved in the death of Kian delos Santos were found guilty of murder by the Caloocan City Regional Trial Court (RTC) Branch 125 on Thursday.

“In Criminal Case No. C-102925, the court finds accused […] guilty of the crime of murder defined and penalized under Article 248 of the Revised Penal Code as amended by Republic Act No. 7659,” the decision penned by RTC Judge Roldolfo Azucena Jr. said.

The three officers were acquitted of planting evidence on Delos Santos, as the prosecution failed to prove the accusations against the officers.

A maximum sentence of 40 years imprisonment without parole is now being imposed after death penalty was prohibited in 2006.

Meanwhile, an alias warrant has been issued against police asset Renato Perez Loveras alias “Nono”, who is still currently at-large.

Delos Santos — a Grade 11 student — was believed to be part of the illegal drug trade although he was not the initial target of a police operation in Barangay 160, Caloocan City.

Police claimed that Delos Santos resisted arrest and opened fire at them when he was apprehended, but closed circuit television (CCTV) camera footage showed lawmen dragging the victim before he was found shot to death.

The death of Delos Santos drew widespread condemnation of President Rodrigo Duterte’s war on illegal drugs, but former officials of the Northern Police District (NPD) claimed that Delos Santos was a known drug-runner in his community.

READ: PNP: Kian was only a newly identified drug suspect during police ops

However, opposition groups place the number at around 11,000 to 30,000.  Duterte is currently facing complaints before the International Criminal Court for crimes against humanity. /cbb 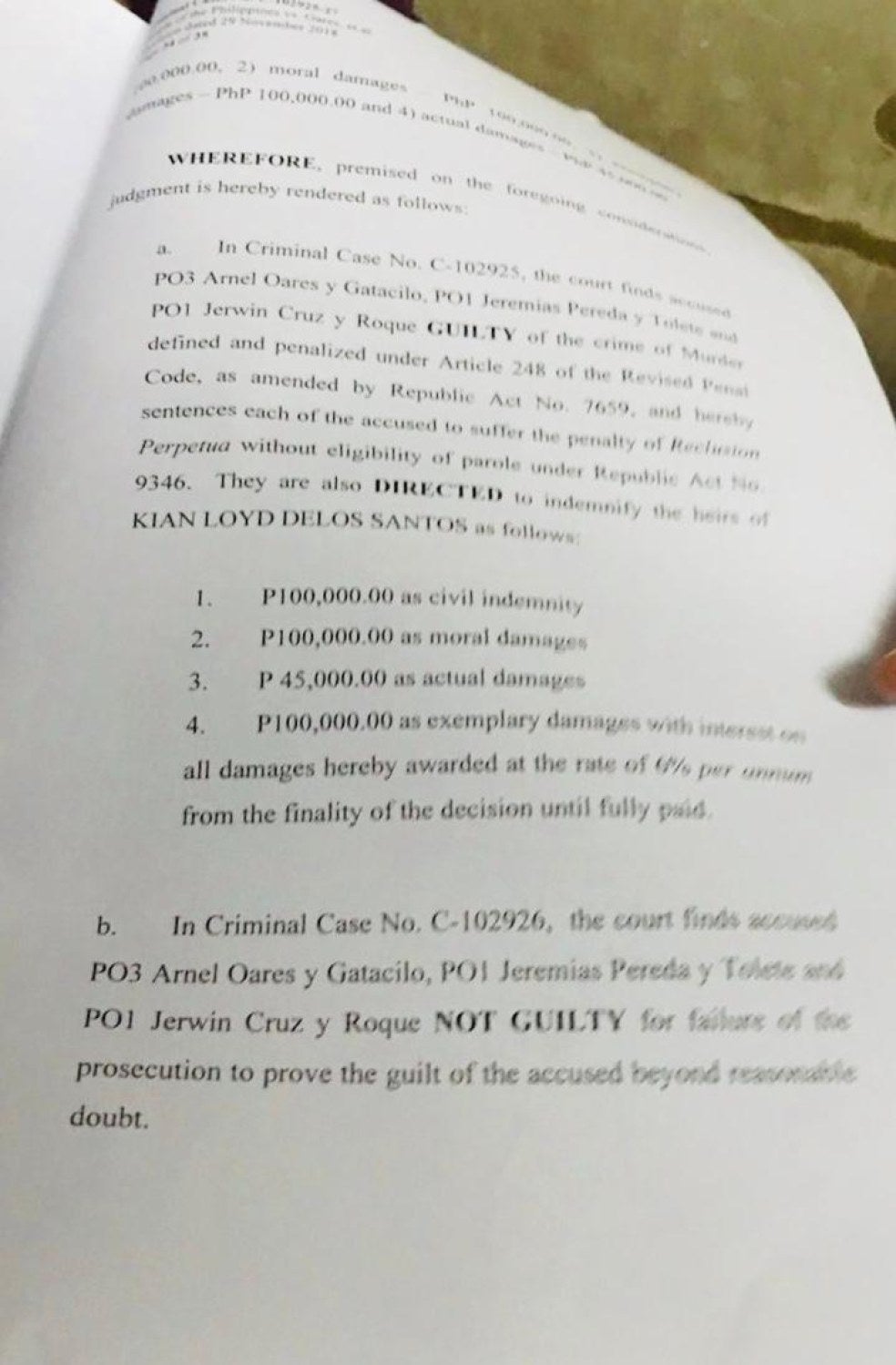 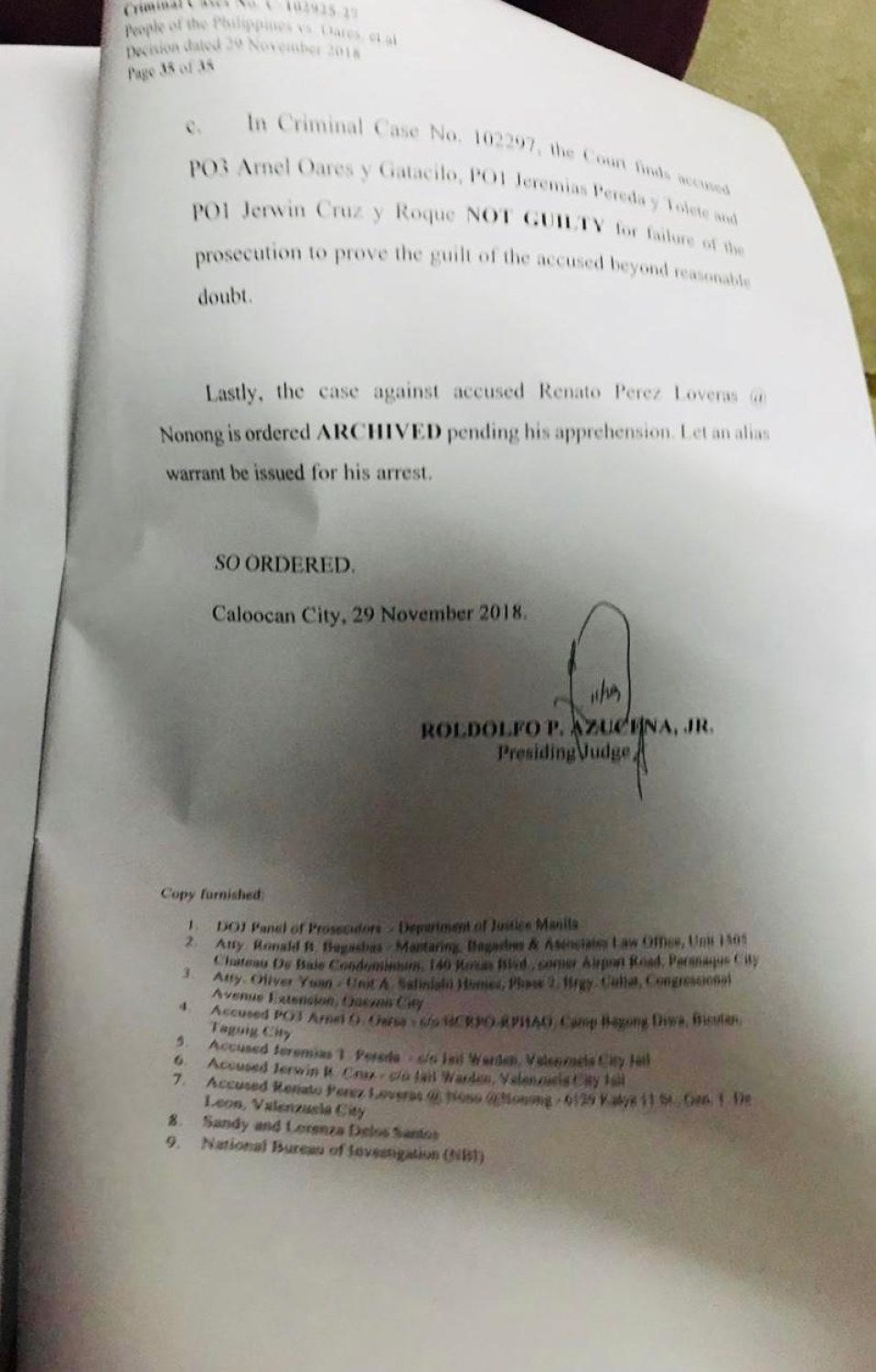