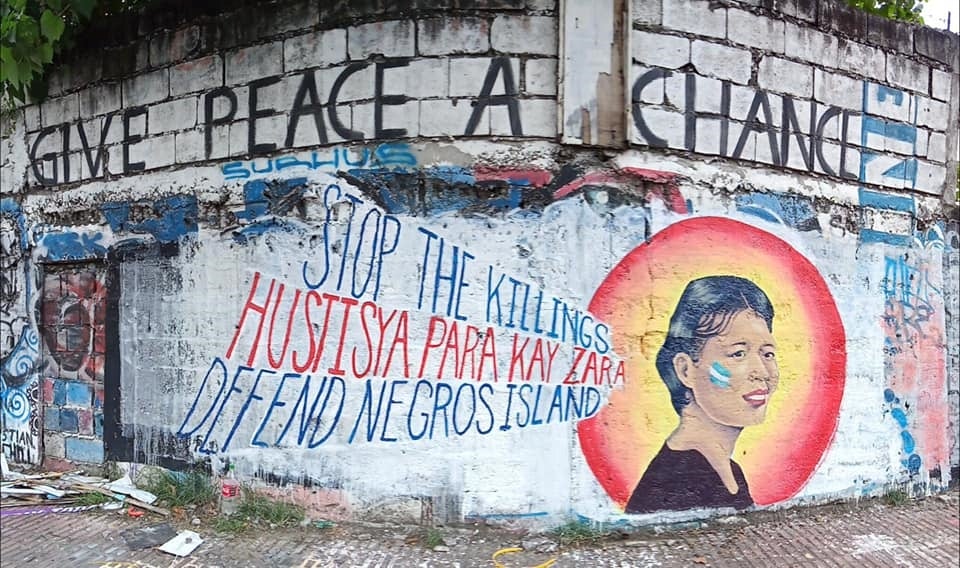 A year after her death, Alvarez’s family and colleagues continued to call for justice for all victims of extrajudicial killings.

“We continue to ring the church bells because even until today, the killings have not stopped,” said San Carlos Bishop Gerardo Alminaza in a statement.

A masked gunman repeatedly shot Alvarez as she was going home to her boarding house in Barangay Mandalagan in Bacolod City on Aug. 17, 2020. She died from six bullet wounds, including three on the back.

The 39-year-old Alvarez was a paralegal of the human rights group Karapatan who documented killings of rights workers and activists on Negros Island.

No arrest has been made a year after the killing of Alvarez, the first activist killed in Bacolod, the capital of Negros Occidental province, in recent years.

Her colleagues have accused state agents of responsibility for her killing due to the repeated red-tagging against her and other leaders and members of progressive organizations on the island.

On Sunday, Bacolod City artists paid tribute to Alvarez by painting a mural of Alvarez near a flyover along Lacson Street. The next day, a human rights education program in her name was launched.

Alminaza said many other human rights defenders and church workers on the island have been killed.

“The list of those extrajudicially killed on our island is filled with the selfless, generous, compassionate, hard-working, and courageous,” he said.

He cited Dr. Mary Rose, Guihulngan City health officer, and her husband Edwin Sancelan who were gunned down on December 20, 2020, after she was repeatedly red-tagged. The killing of the couple also remains unsolved. 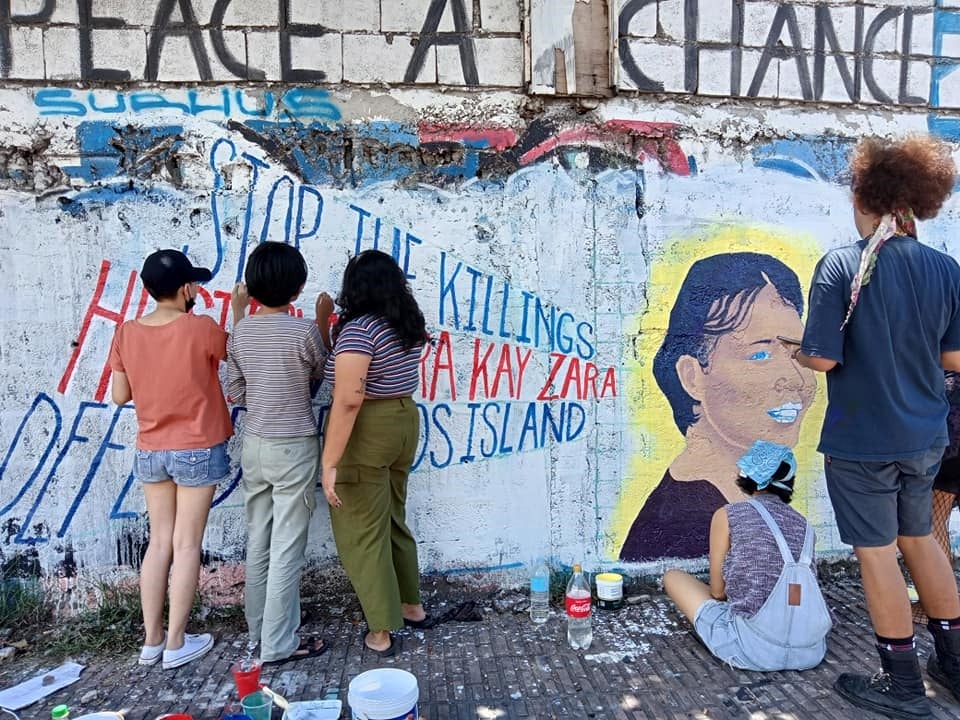 No arrests have also been made in the separate killings of lawyers Benjamin Ramos and Anthony Trinidad.

Ramos, a founding member of the National Union of People’s Lawyers, was gunned down on November 6, 2018, near his house in Kabankalan City in Negros Occidental.

Motorcycle-riding gunmen repeatedly shot Trinidad in broad daylight while he was driving in his hometown in Guihulngan City in Negros Oriental on July 23, 2019.

There also has been no resolution or arrests in relation to the killing of Escalante City councilor and human rights worker Bernardino “Toto” Patigas who was gunned down on April 22, 2019, and Iglesia Filipina Independiente lay ministers Briccio Nuevo Jr. and Salvador Romano.

Romano was gunned down on July 7, 2019, in Majuyod town in Negros Oriental while Nuevo was shot dead in Guihulngan City on May 4 this year.

“These assassinations of social activists and environment defenders include both the rural and the urban poor. Each life taken was a precious gift from God, leaving parents, children, siblings, and communities to grieve their deaths,” Alminaza said.