Farmers use one word to describe Duterte legacy to them—neglect 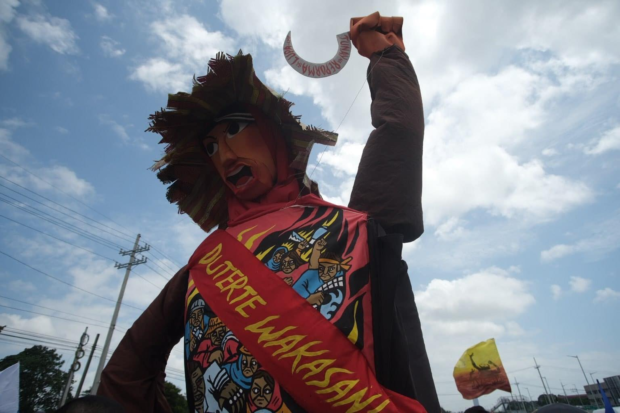 FARMERS’ FIGHT. Artists’ collective SAKA brings out an effigy that it calls “Digna” representing a woman peasant fighting for a better life and protection of rights. PHOTO FROM SAKA

MANILA, Philippines—Among the many ironies that define life in the Philippines is the country being mainly agricultural in character but its farmers being the poorest sector in society.

In 2016, when Rodrigo Duterte was still campaigning to become president, millions of farmers looked up to him for hope after he promised to finish land reform and improve farmers’ lives.

Five years later, there’s barely any improvement in the lives of the men and women who feed the nation. Agriculture became an afterthought as Duterte’s regime focused on drugs then insurgency. It didn’t help that the government’s attention was drawn to a much bigger concern—the COVID-19 pandemic.

The president who called himself “socialist at heart” spit out numbers in his last State of the Nation Address (Sona) to claim he has been true to his promise to finish land reform and improve farmers’ lives.

Tens of thousands of hectares of land had been distributed, according to Duterte in his final Sona. Check his previous statements on land reform and there emerges the motivation—he simply wanted to deprive communist guerrillas of a battlecry centered on land injustice.

The farmers assembled at University Avenue at University of the Philippines in Diliman after marching on the Department of Agriculture’s main office in Quezon City.

READ: LOOK: Protesters gather at UP Diliman ahead of Duterte’s final Sona

For sure Duterte didn’t hear them shout for an end to his regime and for the government to uphold people’s rights to land and livelihood.

But their voices should matter. The Philippine Statistics Authority (PSA) Labor Force Survey said 9.48 million of 44.2 million Filipinos with jobs are in agriculture and forestry.

The same set of data showed the number of Filipinos employed in agriculture has been fluctuating in recent months—January (10.06 million), February (10.3 million), March (11.1 million), and April (10.5 million). 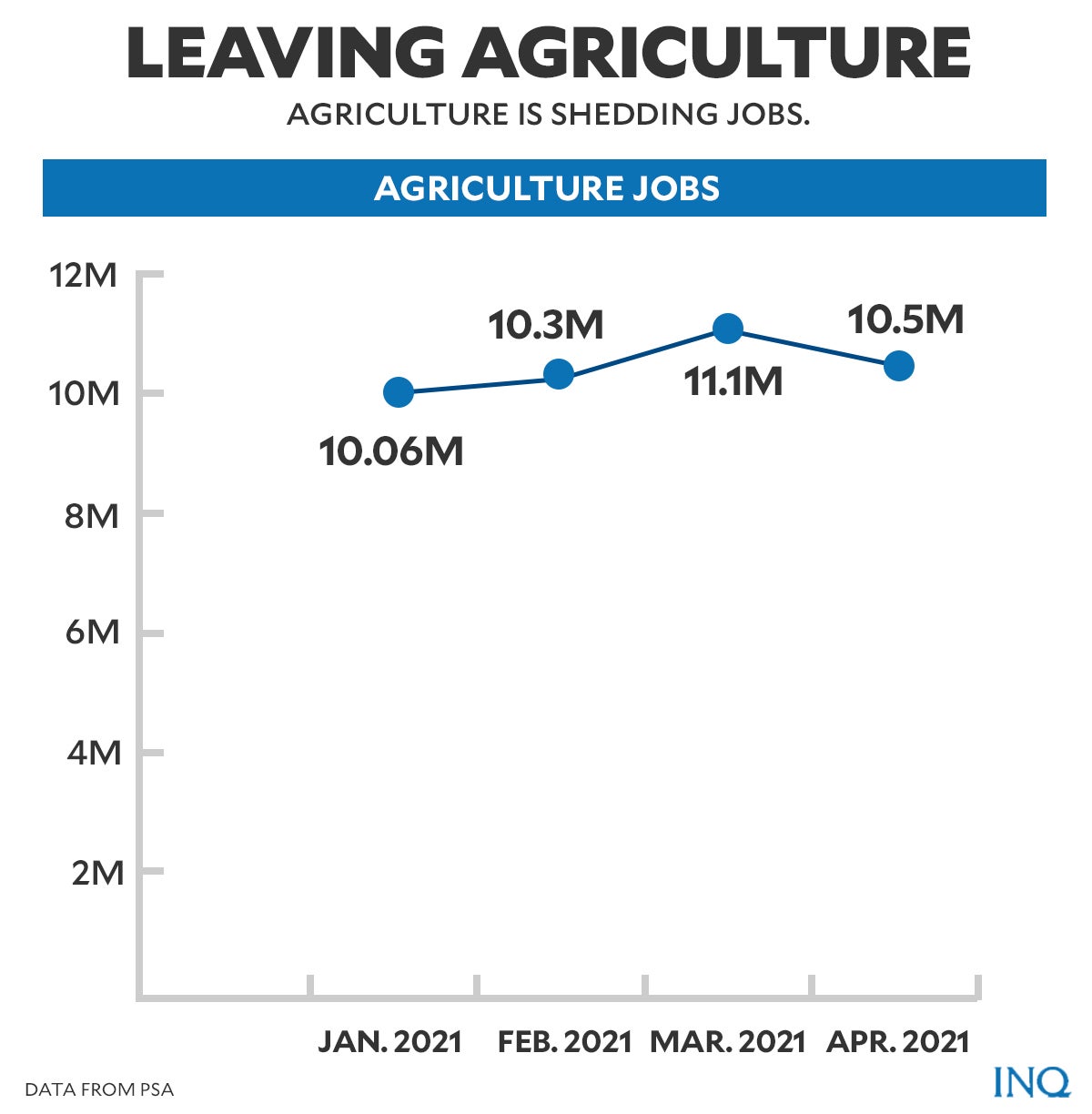 Cathy Estavillo, of the women’s peasant group Amihan, said the government was giving alms to Filipino farmers compared to what it is investing in other sectors.

One of the latest assaults on farmers’ productivity and welfare, she said, was the Rice Tariffication Act which opened up the gates for imported rice in a bid to bring down costs for consumers. At least P160 billion was lost in the farming industry and P20,000 to P30,000 in losses every month per farmer, she said.

Estavillo said if there was any legacy that Duterte would leave to farmers, it would be neglect.

“As prices of basic needs rise, the cost of oil and farm equipment also spiked,” she said in a statement.

For former Anakpawis Rep. Ariel Casilao, the past five years of Duterte paved the way for heightened crisis that brought poverty and hunger to Filipino farmers and families.

The PSA said in a 2018 report that farmers posted a 31.6 percent poverty rate, the highest compared among other sectors like fishermen (26.2 percent), rural area residents (24.5 percent) and children of families below the poverty threshold (23.9 percent). 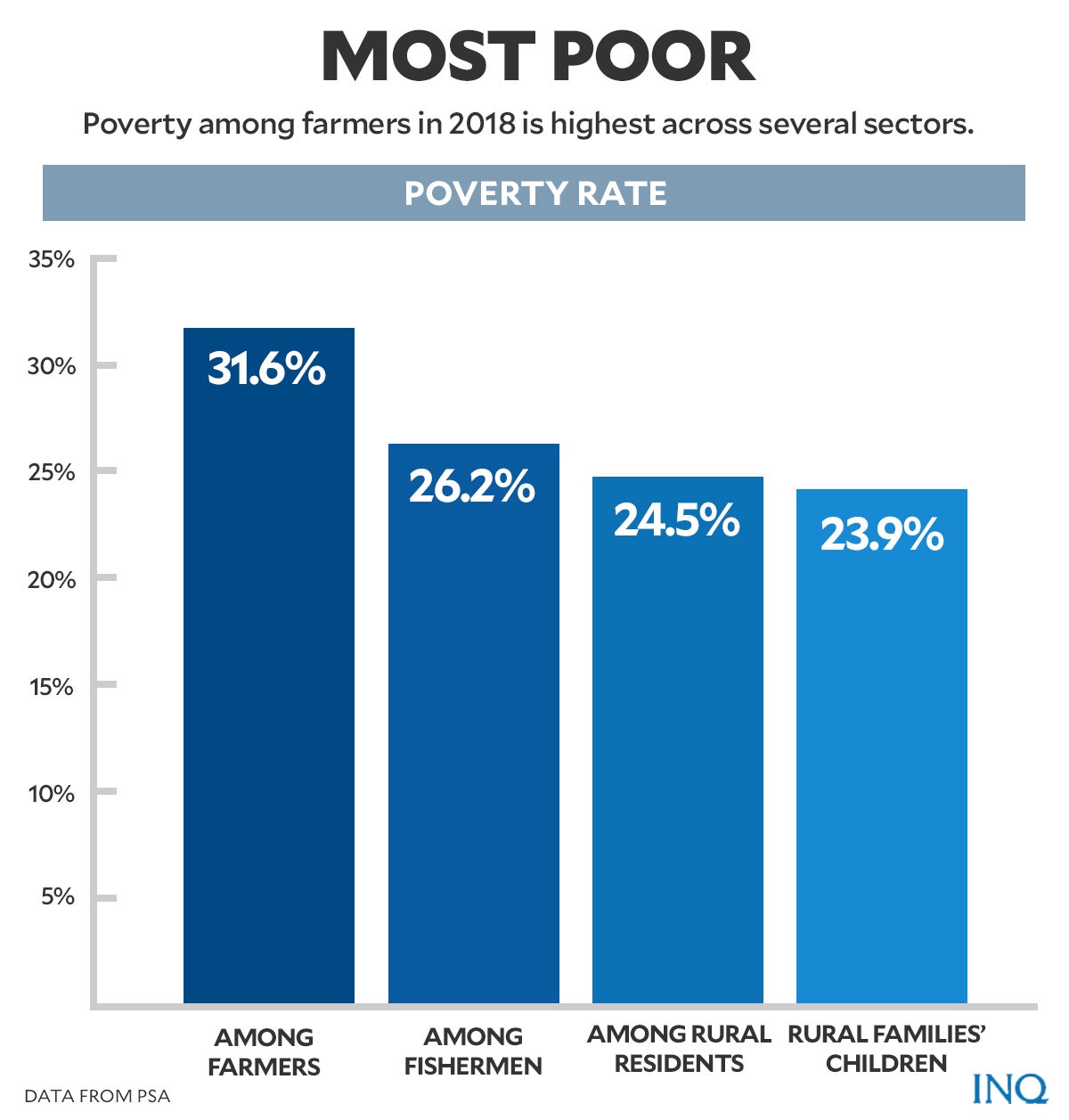 In 2017, Duterte said, “I am for land reform. That was one of the things I mentioned during the campaign and I will not renege on it.”

Unyon ng mga Manggagawa sa Agrikultura, in a statement issued on Sona day, said it anticipated lies to come out of Duterte’s last speech in Congress.

Prior to Duterte’s last address to the nation, the government posted an art card on social media in a bid to display the “Duterte Legacy” which said that from 2016 to 2021, 229,289 hectares of land was distributed.

According to Agrarian Reform Secretary John Castriciones, 380,711 hectares of land has yet to be given away.

Since 2016, 321 farmers have been killed nationwide, according to farmers’ groups.

In July 2016, three members of indigenous tribes were killed as they tried to fight for their land in Sumilao town, Bukidnon province.

Months later, in Nueva Ecija, four farmers were slain when armed agents of the Criminal Investigation and Detection Group (CIDG) – Philippine National Police (PNP) opened fire at around 60 farmers who were then cultivating their fields.

Four farmers were shot and killed in February 2018 while they were harvesting sugarcane at a plantation in Siaton town, Negros Oriental province. 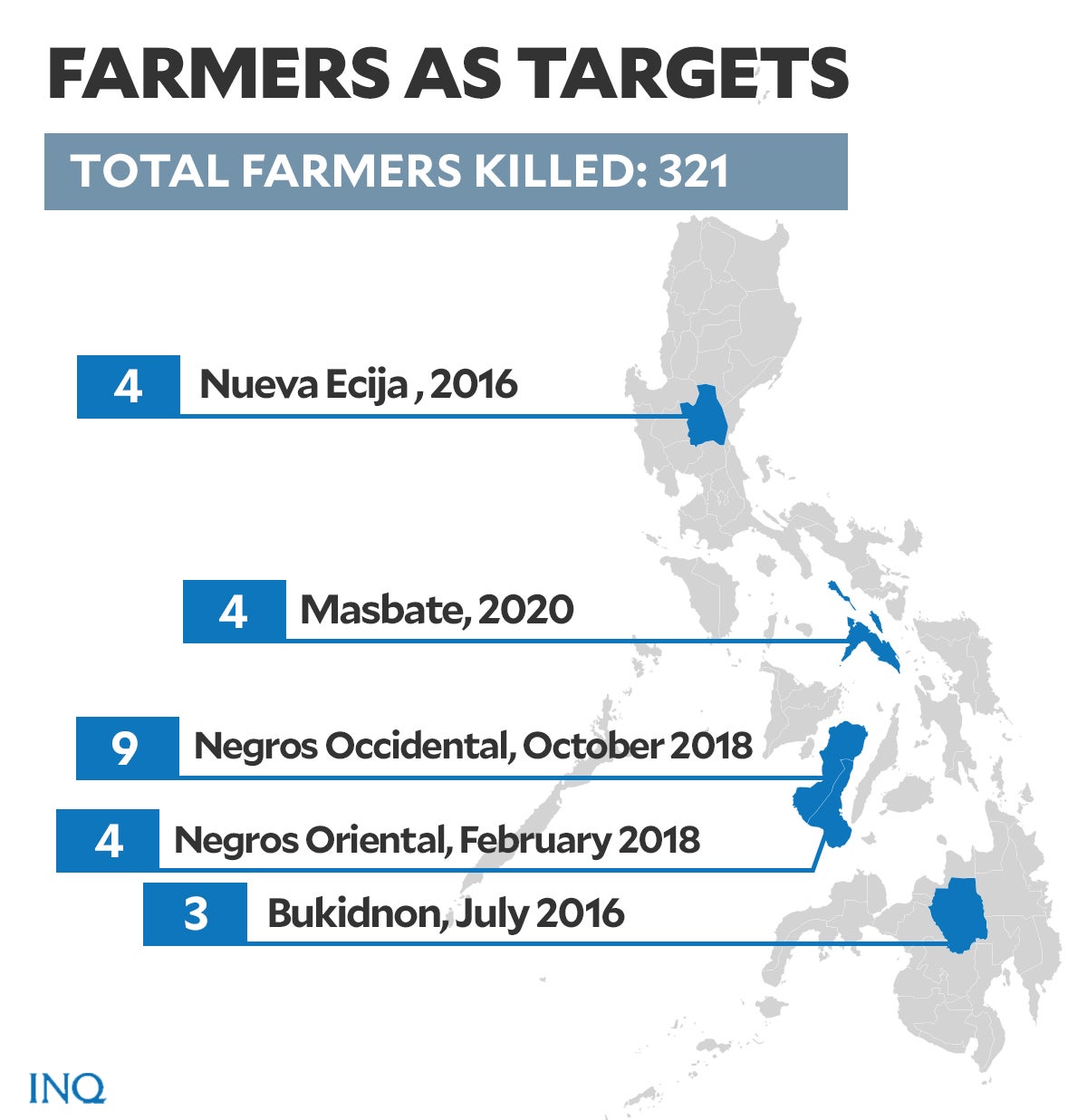 In October 2018, nine farmers were killed in Sagay City, Negros Occidental province after they were fired upon by 40 armed men at Hacienda Nene at the village of Bulanon.

Last year, while the rest of the country grappled with the COVID-19 health catastrophe, four members of a local chapter of the Kilusang Magbubukid ng Pilipinas (KMP) were killed allegedly by the military in Mobo town, Masbate province.

According to KMP, despite the attacks, Filipino farmers will continue to struggle to improve their lives and “stand strong and brave” in the middle of escalating attacks as the Duterte regime fades away.

“This is what Digna represents,” the group said, referring to the effigy unveiled as Duterte performed his last Sona.

Read Next
Sydney adds 4 weeks to lockdown as Australia COVID-19 cases spike
EDITORS' PICK
The crisis within: Suicides rise as COVID takes its toll on lives, livelihood
USAID Opportunity 2.0 calls for applicants for grants for out-of-school youth engagement
Work-From-Home is here to stay and requires reliable logistics
Karen Davila’s son survives second full-blown seizure, now well
Legarda emphasizes role of ICC/IPs in nation building this IP month
DOTr to defend proposal to increase passenger capacity in public transport
MOST READ
Martires asks why he is being singled out over issues on releasing SALNs
Isko to critics after remarks vs Robredo: I’m sorry, this isn’t about Mr. Congeniality
Bongbong says PH should modernize infrastructure to become Asia’s next logistics hub
Why the Marcos brand remains popular
Don't miss out on the latest news and information.