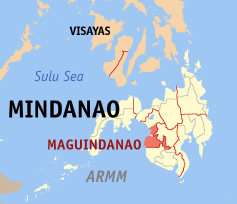 COTABATO CITY — Political tension boiled up in Datu Blah Sinsuat town in Maguindanao province on Monday as the Commission on Elections (Comelec) began hearing the voter application of a woman widely seen as a potential candidate for mayor.

Bai Ingrid Sinsuat, a granddaughter of the late Datu Blah Sinsuat, had registered to vote in the town’s Barangay Resa where she claims her family has an ancestral home.

However, four residents, including the village chief, Asanal Sinsuat, opposed her voter application saying she was no longer a resident there for a long time.

Bai Ingrid is the widow of the late Datu Hoffer Ampatuan, one of the sons of the late Maguindanao governor Datu Andal Ampatuan Sr. and in whose memory a town in the province was named after. She is said to have planned a mayoral run in 2022.

On Monday, a commotion broke out outside the municipal hall among supporters of Bai Ingrid and Asanal as the local election registration board (ERB) took up the contested voter application. Police and soldiers were called in to pacify both sides.

According to town mayor Datu Marshall Sinsuat, one of Bai Ingrid’s supporters was arrested for carrying a pistol.

The ERB has not yet resolved the case.