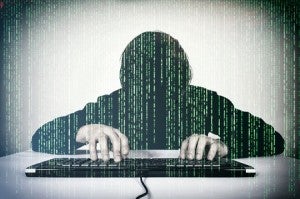 MANILA, Philippines — The proposed Senate investigation into the alleged state-funded “troll farms” will also touch on the “incredible surge” in the employment of the Presidential Communications Operations Office (PCOO) personnel in 2020.

This was according to Senator Panfilo Lacson, who was among the 12 senators who filed a resolution seeking for a Senate investigation into allegations that public funds are being used to run “troll farms.”

“For one, we want to be clarified why there is an incredible surge in the hiring of personnel in the PCOO. What are the job descriptions of those hires?” Lacson said in a message to reporters.

“How much in public monies are being utilized and where and how is it being sourced?” he added.

The Commission on Audit (COA) earlier flagged PCOO’s “unrestricted” and “massive” hiring of 375 contractual personnel, which cost the agency P70.6 million in 2020.

PCOO Undersecretary Kris Ablan, however, clarified that the 375 “contract of service” (COS) personnel were “social media specialists” and not online trolls.

Senator Risa Hontiveros, who was also among those who sought for the inquiry, said it is about time that the upper chamber move to investigate the alleged “troll farms.”

(If it’s true that state-funded troll farms exist, this is a big embarrassment and proof of corruption in the government.)

(This is an insult to our countrymen, especially now that there are a lot of Filipinos who are in need of help in terms of employment and health.)

Hontiveros also welcomed the number of senators who backed the resolution.

She noted the country’s problem with the spread of false information online in the past years.

(That’s why we can’t be silent and blind if public funds are indeed used to lie and manipulate the public for the ambition and interest of a few influential people.)

All political groups must ‘commit to a troll disarmament’ — Villanueva