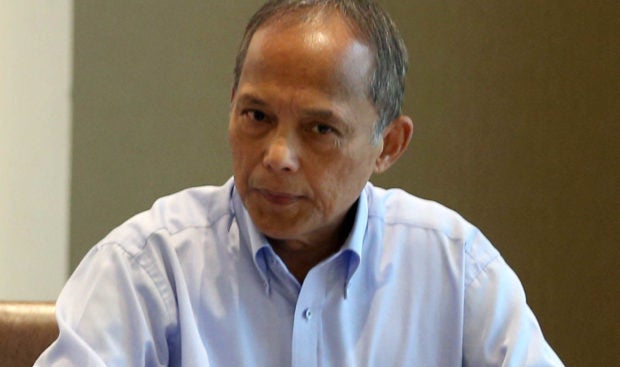 MANILA, Philippines — Ousted PDP-Laban vice chairman and Energy Secretary Alfonso Cusi branded as “political gimmickry” his expulsion from the ruling party and would not recognize such move to remove him and his other colleagues from their party posts.

“Sinasabi na we were expelled and we don’t recognize that because one, we have not received any notice. We only learned it from the media, from the newspaper and TV reports,” Cusi told reporters in an online interview.

“We don’t recognize that and we consider that parang political gimmick lang,” he added.

Cusi and two other officials were recently expelled from PDP-Laban for alleged violation of provisions under the party’s own constitution.

“It did not go through any process. Because our constitution, by the party’s constitution and bylaws, there is due process in expelling members,” he said.

In a separate television interview on ABS-CBN News Channel, Cusi said he and his two colleagues were not given the chance to air their side or appeal their expulsion.

He said they should have at least been notified of their supposed violation of the party’s constitution.

“They just called the executive committee or Pacquiao’s committee, and allegedly they evaluated and we’ve been expelled but there’s no due process, we should have been notified in the first place,” Cusi said.

Despite Cusi’s expulsion, President Rodrigo Dutere, chairman of PDP-Laban, still recognized Cusi’s leadership in the party, according to Malacañang.

Read Next
Octa supports allowing out children aged 5 years and up, but ‘with caution’
EDITORS' PICK
WHO says monkeypox is not yet a health emergency
Beyond the Chocolate Hills: A farm-to-table, heritage culinary adventure of Bohol
Guarding Sara: Why next VP is getting own security team
House energy committee chair Arroyo bats for cheap electricity
Metro Manila logged most number of new COVID-19 cases — OCTA Research
A massive highway complex makes living in the South highly attractive
MOST READ
2 foreigners die in Batangas
Bea Alonzo, under lie detector test, says she wants prenup agreement with future husband
Guarding Sara: Why next VP is getting own security team
Marjorie Barretto to speak up on Dennis Padilla, kids’ relationship ‘in time’
Don't miss out on the latest news and information.