All political groups must ‘commit to a troll disarmament’ — Villanueva 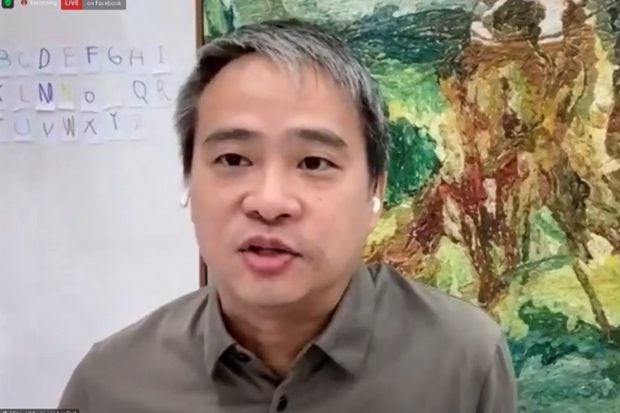 MANILA, Philippines — “I believe all political groups should commit to a troll disarmament,” so says Senator Joel Villanueva, who was among the 12 senators who sought for an investigation into the alleged state-funded “troll farms.”

In a statement on Monday, Villanueva described “troll farms” as “weapons of mass distraction.”

“Organized trolls are weapons of mass distraction. The seeds of falsehood they plant ripen into hate ready to be harvested by those who are harmed by the truth,” he said.

“When they peddle anti-vaccine information, the repercussions are literally deadly,” he added.

Further, the senator underscored the importance of exchanges “anchored on facts.”

“Democracy can only flourish under the free and frank exchange of ideas, that may clash as they often should, but always must be anchored on facts,” he said.

Villanueva and 11 other senators filed a resolution asking the appropriate Senate committee to conduct an inquiry into allegations that public funds are being used to operate “troll farms.”

“Filipinos should know why [the] government spends public funds on troll farm operators disguised as ‘public relations practitioners’ and ‘social media consultants’ who sow fake news rather than on COVID-19 assistance, health care, food security, jobs protection, education, among others,” the resolution read.

This comes after Senator Panfilo Lacson revealed that an undersecretary has allegedly set up at least two troll farms throughout the country to discredit critics of the administration and potential opponents in 2022.

Read Next
UK PM Johnson, Prince William condemn racist abuse of England soccer team
EDITORS' PICK
WHO says monkeypox is not yet a health emergency
Beyond the Chocolate Hills: A farm-to-table, heritage culinary adventure of Bohol
Guarding Sara: Why next VP is getting own security team
House energy committee chair Arroyo bats for cheap electricity
Metro Manila logged most number of new COVID-19 cases — OCTA Research
A massive highway complex makes living in the South highly attractive
MOST READ
2 foreigners die in Batangas
Bea Alonzo, under lie detector test, says she wants prenup agreement with future husband
Guarding Sara: Why next VP is getting own security team
Marjorie Barretto to speak up on Dennis Padilla, kids’ relationship ‘in time’
Don't miss out on the latest news and information.