MANILA, Philippines — Results from a survey conducted by the Social Weather Stations (SWS) revealed that 16.8 percent of Filipino families nationwide, or 4.8 million Filipino families experienced hunger due to lack of food at least once in the previous three months.

According to SWS, the current rate is 0.8 points above the 16.0 percent or estimated four million families in November 2020, while it is 4.3 points below the 2020 annual average of 21.1 percent.

This, however, is double the December 2019 pre-pandemic level of 8.8 percent or around 2.1 million families, said SWS. 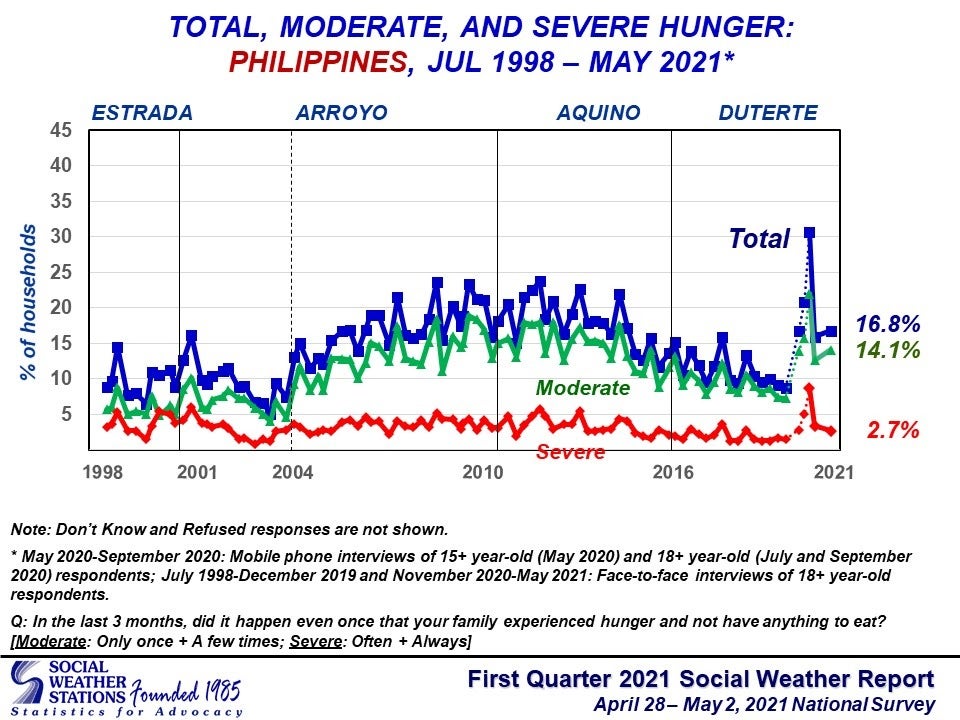 The SWS survey also revealed that per area, Mindanao currently has the highest hunger rate at  20.7 percent (1.2 million families) in Mindanao.

Three hundred families each in Metro Manila, Luzon, Visayas, and Mindanao were interviewed.

“The area estimates were weighted by the Philippine Statistics Authority medium-population projections for 2021 to obtain the national estimates,” said the SWS.