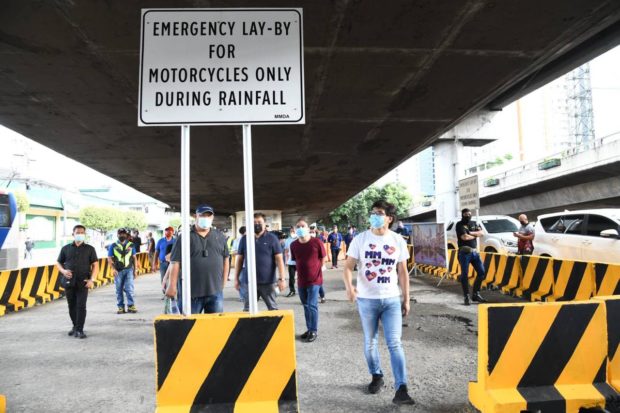 MMDA chairman Benhur Abalos said the lay-by area at the ground level of Quezon Avenue Flyover will allow riders to stop during rainfall without blocking the highway.

“We understand the plight of motorcycle riders when they have to stop in the middle of the road while waiting for the rain to stop, it’s very risky for them because they might get into a road accident. At least with the emergency lay-by, they can take cover during heavy rains,” Abalos said in a statement.

The chairman, however, reminded motorcycle riders that parking in the area is forbidden as the lay-by is only for rain and emergency shelter.

“Motorcyclists would be allowed to stay only when it is raining. No parking shall be allowed or they shall receive a violation ticket for illegal parking,” Abalos said.

MMDA personnel will be assigned at the emergency lay-by to prohibit parking in the area. 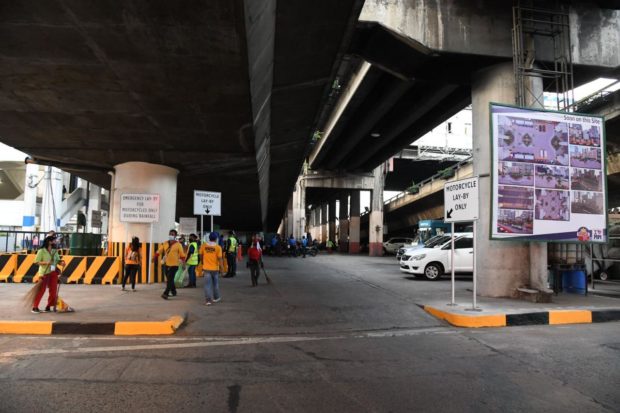 Signage that displays regulations for the use of the emergency lay-by and instructions that point to designated entrance and exits are installed under the flyover.

The agency aims to set up more emergency lay-by areas under flyovers located along main highways such as Edsa, C5 Road, Roxas Boulevard, Alabang Road, Paranaque-Sucat Road, and Chapel Road once the areas have been cleared.

The MMDA earlier ordered clearing all types of clutter and obstructions, including illegally parked and abandoned vehicles, under flyovers in EDSA.

The MMDA also plans to put up pocket gardens under flyovers as part of the agency’s effort to address the urban aesthetics of the city as well as fight urban decay. 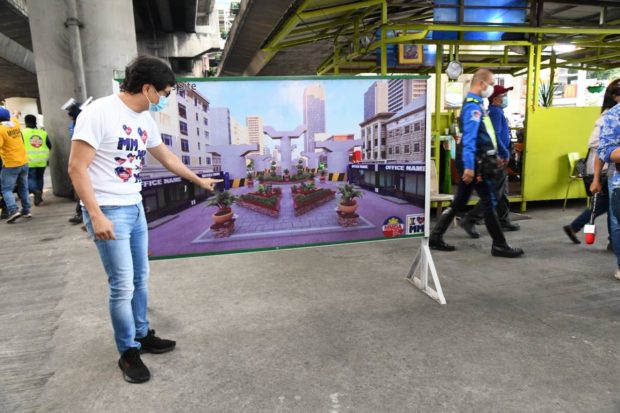