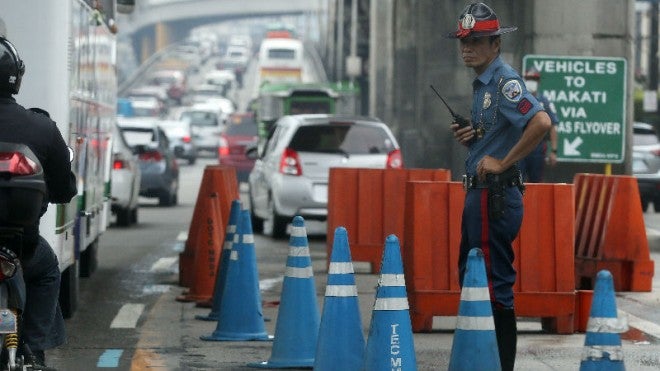 MANILA, Philippines — The Metropolitan Manila Development Authority (MMDA) is looking at opening more intersections along the Epifanio Delos Santos Avenue (Edsa) that were previously closed due to the bus carousel system.

MMDA chairman Benhur Abalos said that intersections can be opened in other areas as buses still need time to stop on the road for alighting passengers.

“To make this (bus carousel system) effective last year, they closed all intersections so what I am doing right now is reviewing the numbers and we are trying to open strategic locations for intersections,” Abalos told ABS-CBN News Channel.

“We could open these intersections, because the bus could stop and go. They need time to stop for the dispatching of passengers so there are still areas where we could open intersections. While they are dispatching, we can place personnel there and vehicles could take a U-turn when the buses are on a stop. Buses can still go on seamlessly, while we open the intersections,” he added.

On Tuesday, the MMDA also opened a U-turn slot at the Dario Bridge in Quezon City along Edsa in a bid to reduce traffic and shorten travel time in the area. The U-turn slot was earlier closed to give way to the Edsa busway system.

Abalos said that while the Edsa busway system is “very effective,” the lack of enough U-turn slots is becoming a problem to some motorists, hence the reopening of the said U-turn slot in Quezon City.