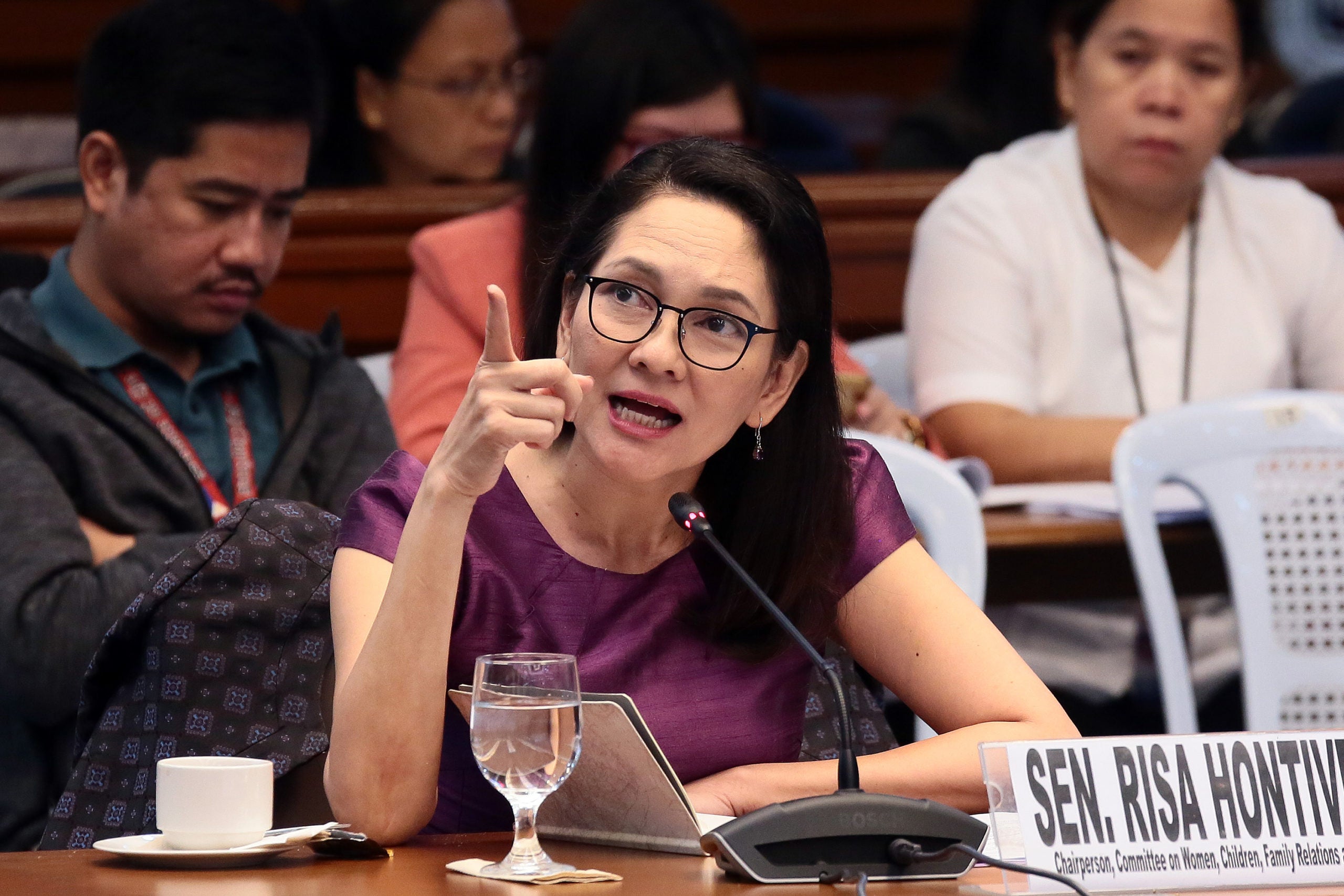 MANILA, Philippines — Senator Risa Hontiveros on Thursday questioned the alleged “unscrupulous patterns” in the spending of the National Grid Corporation of the Philippines (NGCP) on entertainment, advertisements, and public relations during previous election years.

During a Senate energy committee hearing on power supply, Hontiveros flagged NGCP’s expenditures, claiming there was a “remarkable spike” in its representation and entertainment expenses during and immediately after the 2013, 2016, and 2019 election years.

“At simula 2017, nang mabuksan ang imbestigasyon sa NGCP sa Kongreso, NGCP was spending P300 million per year sa public relations. It seems too much of a coincidence,” she also added.

But the NGCP, in its presentation answering the concerns of the senator, said that these expenses should not be “maliciously interpreted” since they are geared towards the benefit of the company’s stakeholders and host communities.

Last June 17, Hontiveros already flagged NGPC’s more than P1.12 billion expenses from 2017 to 2018 for advertisements, entertainment and public relations purposes, fearing that such spending will be passed on to power consumers.

During Thursday’s hearing, the senator disclosed that from 2009 to 2020, the NGCP spent P1.454 billion on Representation and Entertainment, P1.032 billion on Advertising, P1.268 billion on Public Relations, and P646 million on professional fees, totaling to around P4.4 billion.

She cited the Annual Audited Financial Statements filed by the NGCP with the Securities and Exchange Commission (SEC).

NGCP spokesperson Cynthia Alabanza said the account names mentioned by the senator—Representation and Entertainment; Advertising; and Public Relations—were “inherited” by the company when it took over the grid from the government in 2009.

“We merely stepped into the shoes of Transco (National Transmission Corporation). All these accounts were already there,” Alabanza said.

“All of these are being spent on things that are good and that will benefit the public,” she added.

For instance, she said that the expenses charged under the NGCP’s Representation account were used for the meals of its linemen and other personnel during typhoons and other calamities.

It also covers employee spending for snacks and coffee for meetings, transportation allowance and fuel as well as mobilization cost of employees or supervisors monitoring projects across the country.

Meanwhile, the NGCP’s Advertising account covers education and informational materials aimed at educating the public on the dangers of high voltage facilities in order to prevent accidents.

“We have to warn the public about the dangers of living under transmission lines, especially in highly-populated areas. This is something we feel is not just necessary but it’s also our obligation as a good corporate citizen,” Alabanza said.

Under the company’s public relations expenses, Alabanza said the NGCP conducts technical trainings, customer cluster meetings as well as facility tours for students and the media, among others.

“These are all bonafide and legitimate business expenses,” NGCP’s presentation read.

Alabanza, meanwhile, told the Senate committee that the company’s stockholders have donated a total of P1 billion in the country’s COVID-19 relief and response efforts.