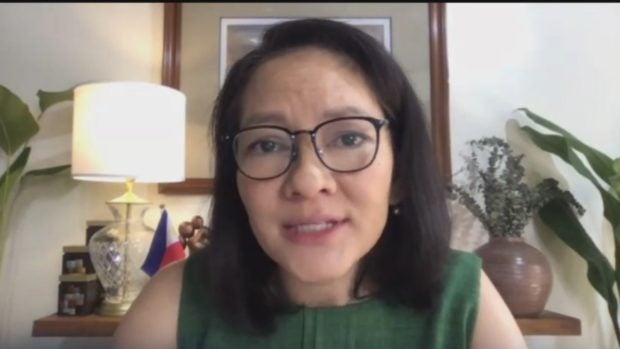 “It was puzzling to see items such as advertisements, representation and entertainment in NGCP’s expenditures. Not only that, they also spent almost half a billion pesos on them. Ano’ng kinalaman nito sa transmission [How is this connected to the transmission]? Are these expenses a critical part of their business?” the senator said.

In a Senate energy committee hearing on the country’s power supply, Hontiveros said these expenses should not be shouldered by consumers as they are not critical to power transmission operations.

This, after she revealed that in 2017 and 2018, the NGCP spent an accumulated amount of over P369.5 million on “Representation and Entertainment,” more than P79.2 million was spent for “Advertising” and over P672.9 for “Public Relations and Corporate Social Responsibility.” 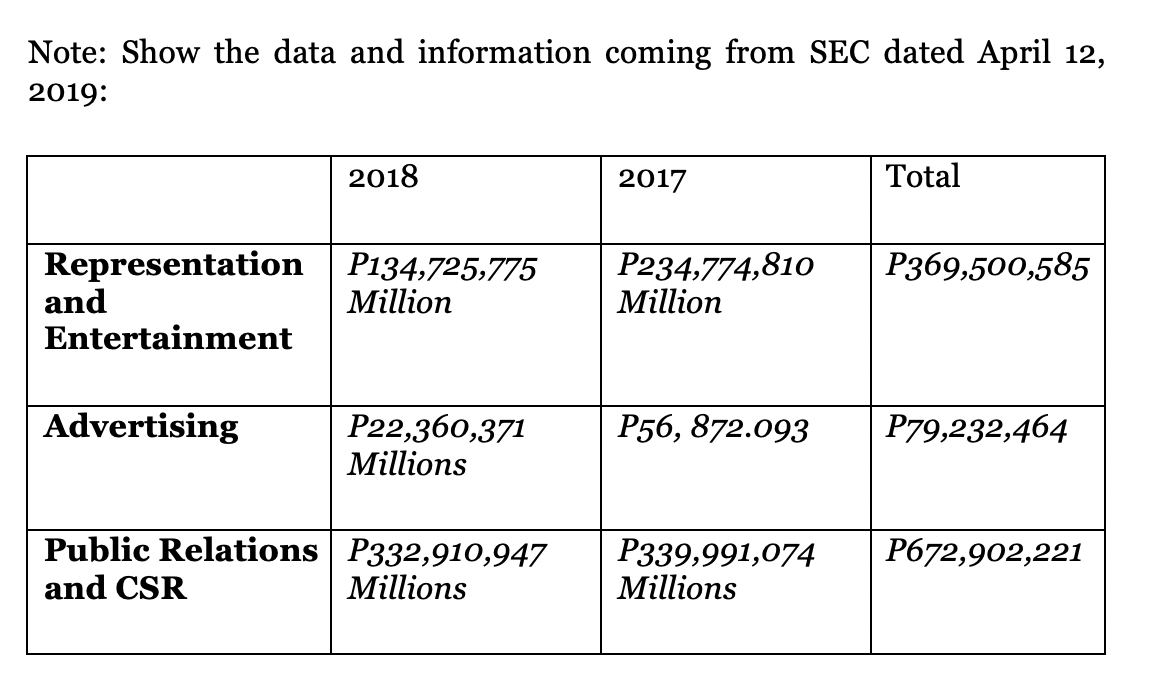 Table presented by Sen. Risa Hontiveros during a hearing of the Senate energy committee on Thursday, June 17, 2021. (Courtesy of Sen. Hontiveros’ office)

The figures are based on the submissions of the NGCP to the Securities and Exchange Commission, according to Hontiveros.

(I wonder if ordinary consumers are paying these expenses under the Energy Regulatory Commission regulation? Are these at the expense of our countrymen? I think this is unjust.)

Hontiveros emphasized that while NGCP has been “spending big” on ads and entertainment, the national power grid has been “negligent” in getting the transmission development plan approved and failing to properly carry out grid improvement projects.

Hontiveros noted that the NGCP has 71 delayed and 83 uncompleted transmission projects.

(It seems they are too busy at other things and the people they are supposed to provide service to are suffering yearly to blackouts and pass-on charges.)

“There are so many grid projects that were delayed. So why isn’t the NGCP spending more on maintaining and upgrading the transmission grid?” she further asked.

Last year, Hontiveros also said that NGCP’s shareholders have already divided among themselves a total of P187.8 billion in corporate dividends in just ten years of their 25-year contract to run the country’s power transmission system.

Hontiveros has repeatedly called on the Energy Regulatory Commission to immediately peg a more conscionable rate of the weighted average cost of capital (WACC) or the return a company expects on its capital investment.

She said that NGCP enjoys an “excessive rate” of 15 percent as opposed to the global average rate of 7 percent and this contributes to the cost of electricity consumers have to pay.

(Let’s not turn a blind eye on these issues and let the Filipino people become their milking cow. There is only one this that is clear at the moment: We need to start thinking how to remove from the NGCP the control of our power grid.)

In response, NGCP spokesperson Atty. Cynthia Alabanza told the Senate panel that all of NGCP’s expenditures and spending are “highly regulated and strongly regulated.”

She explained NGCP’s Public Relations and Corporate Social Responsibility projects are “geared toward helping our host communities and project acceptance so these are all expenditures working towards helping the communities who host our facilities.”

“The corporation is actually spending 340 percent more than the government ever did. We have already spent P225.7 billion on grid improvements since we took over. This has led to massive improvement of the grid,” she added.

Albanza said the NGCP will submit an explanation to the senator and the committee, noting that it was her first time seeing the figures presented by Hontiveros.

Hontiveros then asked the NGCP to submit to the committee a copy of its audited financial statements for the last five years.