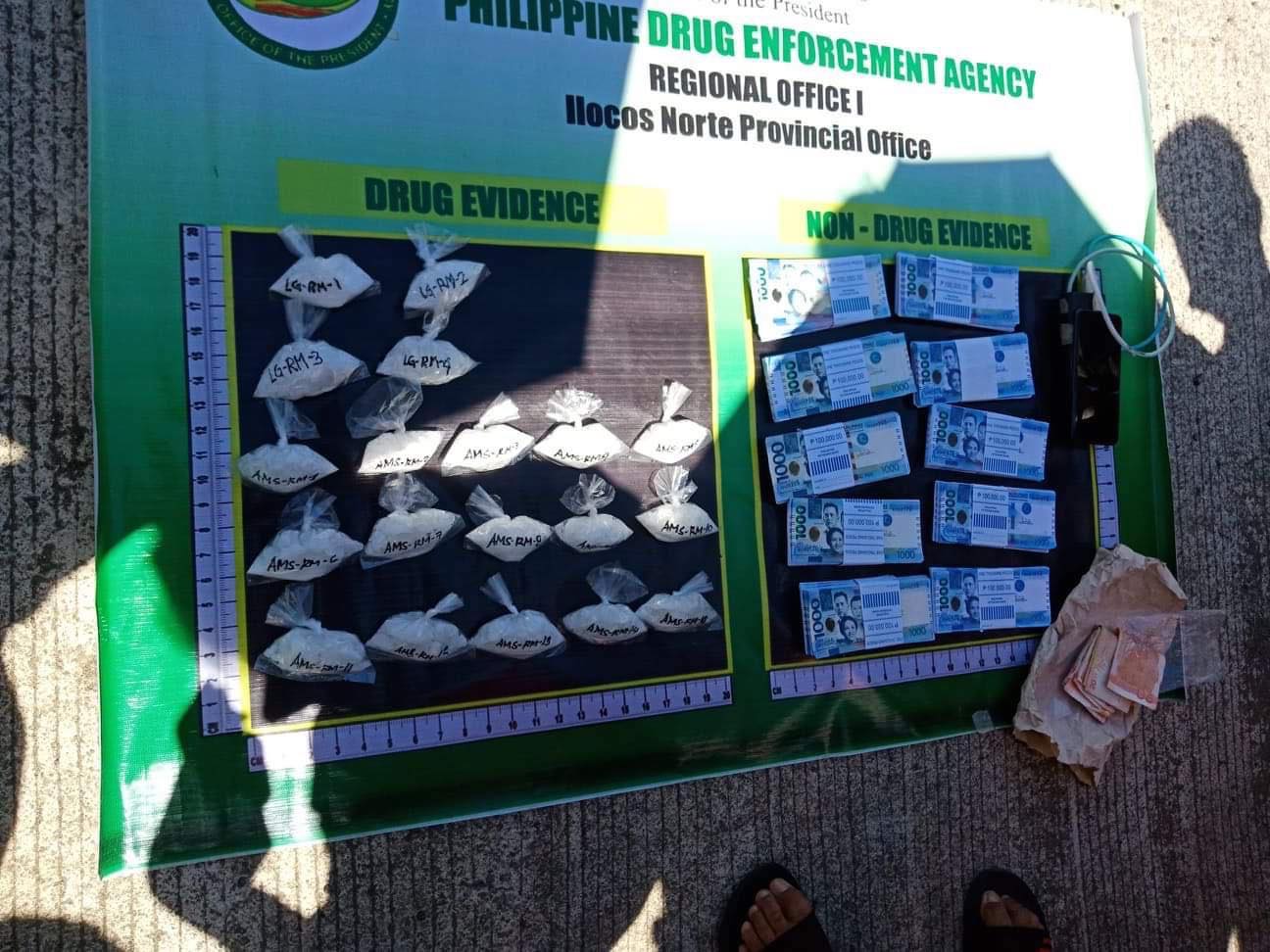 At least 19 sachets of suspected “shabu” or crystal meth are seized from an alleged drug peddler in Laoag City. The drug operation was launched on Thursday, June 17. (Photo courtesy of Philippine National Police-Laoag Station)

LAOAG CITY—Authorities in Ilocos Norte arrested a drug suspect who yielded some P5.2 million worth of alleged “shabu” (crystal meth) following an entrapment operation at Barangay Balacad in this city on Thursday, June 17.

Seized from the suspect were 19 pieces of plastic sachets containing alleged shabu weighing about 522 grams.

Undercover agents managed to buy the shabu from the suspect using marked five pieces of P1,000 bill placed on top of a bundle of “boodle money” (play money), the investigators said.

Melchor will face criminal charges for violating sections 5 and 11 of Republic Act 9165, also known as the Comprehensive Dangerous Drugs Act of 2002.