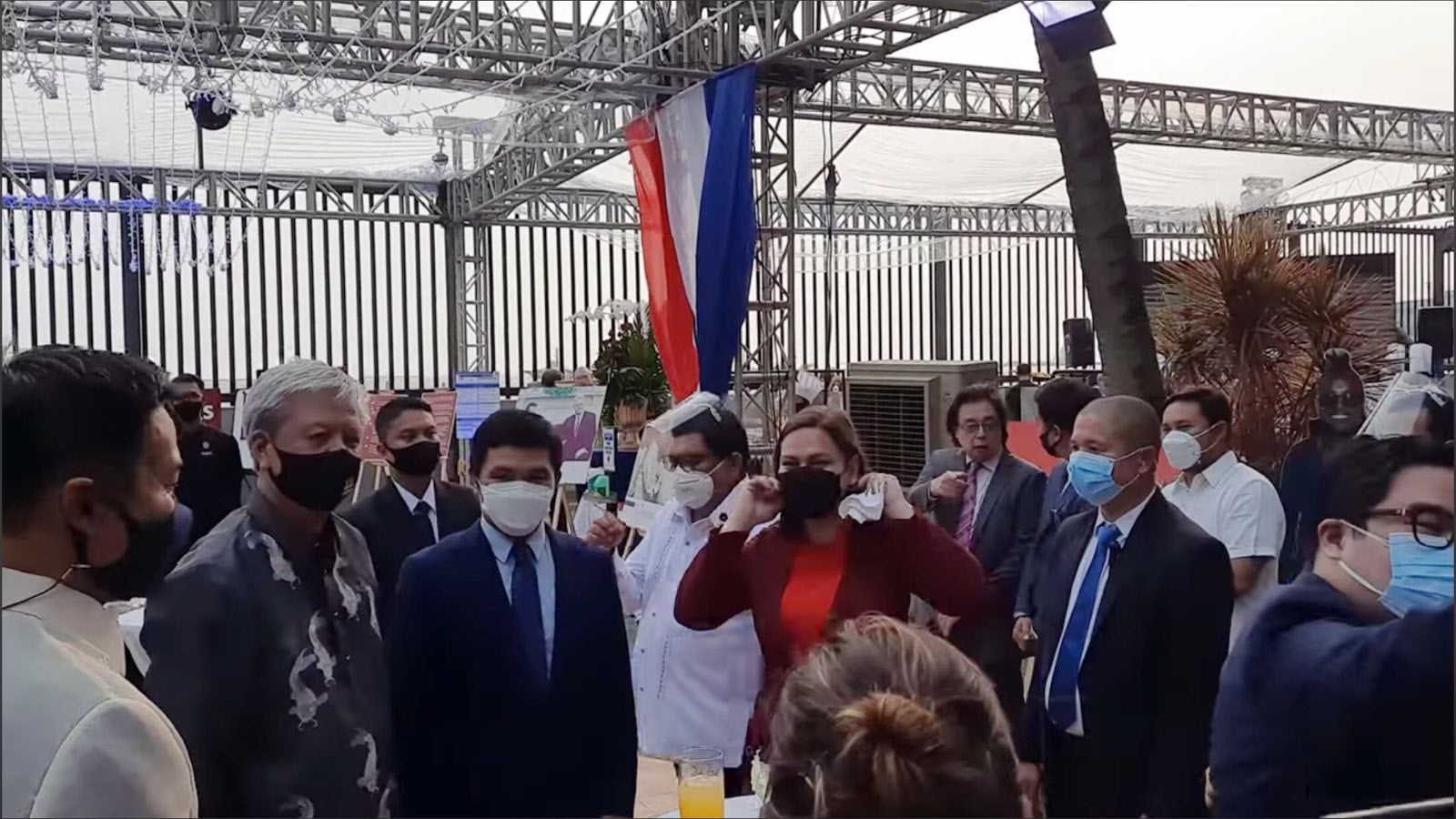 MANILA, Philippines – Senator Manny Pacquiao and Davao City Mayor Sara Duterte-Carpio, whose names are being floated as possible presidential bets in 2022, crossed paths in an event at the U.S. Embassy in Manila Thursday.

Their interaction also comes as the mayor’s father, President Rodrigo Duterte, launched tirades against the senator after the latter flagged government corruption under the current administration.

The two posed for a picture together on the sidelines of the commemoration of the 245th anniversary of the U.S. Independence Day at the embassy.

When asked if Pacquiao mentioned to Duterte-Carpio his intention to dialogue with the President regarding corruption issues in the government, the senator told reporters: “Hindi, nag-picture lang kami.”

(We have been trying to make an appointment with the President for many months; we’ve been requesting an audience.)

Pacquiao said he remains open to possibly running for the presidential post in 2022 but noted he will announce his final plans for the elections “in the right time.”

(I’m not saying never. And I’m not declaring anything right now. I will declare at the right time if I’m going to run. For now, I am focused on my next fight and I’m asking the public to be united. Let’s not mix boxing with politics. I’m here to continue the fight because I’m happy when all the Filipinos are united when I fight in the boxing ring.)

According to Pacquiao, he will be flying to Los Angeles this Saturday to continue his training for his August 21 fight with two-belt champion Errol Spence.

Read Next
Industry players seek changes in strategies for PH to emerge from COVID-19 crisis
EDITORS' PICK
Smart offers wireless fiber-like speeds to Filipino homes with country’s first 5G Prepaid Home WiFi
Legarda: Ending Violence Against Women, a cause for all
This new condo in the South will make you want to turn a new leaf
National COVID-19 vaccination drive gets over 5.3 million people vaxxed so far
Pandemic prognosis: Where does it go from here?
Google won’t accept election ads for 2022 national polls
MOST READ
Bongbong Marcos to face another disqualification case
Christine Bersola, Julius Babao cleared of cancer after colonoscopy, endoscopy
‘Maraming nagpapagkamatay sumali’: Bongbong-Sara’s full Senate slate out soon, says Imee
Tropical storm intensifies as it approaches PAR
Don't miss out on the latest news and information.