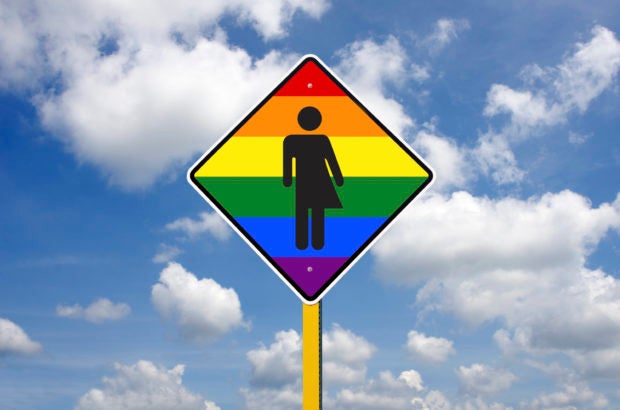 MANILA, Philippines — Several groups of lesbian, gay, bisexual, transgender, intersex and queer or questioning (LGBTIQ+) rights advocates warned that members of this sector will not vote for candidates who have a history of homophobia, biphobia, and transphobia as well as those who have ties to conservative groups that have discriminated against LGBITQ+ people.

This was expressed in an open letter on Monday published in time for Pride Month, which according to advocates, is an opportunity to strengthen the Filipino LGBTQ+ movement as a political force that can no longer be ignored in the country’s electoral agenda.

“We are making a stand that we will not support candidates who are known to have homophobic, biphobic, and transphobic views and those who have a track record of being aligned with conservative religious groups that have long been discriminating against LGBTIQ people and have opposed our legislative and policy advocacies,” she added.

Meanwhile, advocates who have signed the open letter also called for stronger participation of the LGBTIQ communities in the upcoming elections.

Reggie Pasion, president of the LGBTQ Plus, organization said that members of the LGBTIQ+ community need to practice their right to vote “to better the policies of the government regarding human rights.”

“Becoming active in the elections means that we will be able to make the change by putting the right politicians who will be able to legislate laws that would benefit the community,” he said.

“Politicians using religion to marginalize the LGBTIQ+ community such as Senators Manny Pacquiao, Joel Villanueva and Tito Sotto and those who remain silent on LGBTIQ rights don’t deserve to be elected,” Pasion said.

Reyel Inocencio, executive director of the Pioneer Filipino Transgender Men Movement, underscored the importance of assuring that candidate is an ally that will “uphold their advocacy towards equality.”

“It is the right time to step up and heed the call of equality. We will never be silenced anymore,” he said.

The advancement of the rights of LGBTIQ+ Filipinos has gained momentum over the past decades.

In the past years and months, local ordinances were passed in 25 local government units, including the City of Manila where it passed an ordinance protecting LGBTIQ+ rights on October 29, last year.

National laws that provide some level of protection to members of the LGBTIQ+ from discrimination and violence in specific contexts have also been passed such as the Anti-Bullying Law (R.A. 10627) and the Safe Spaces Act (R.A. 11313), which prohibits gender-based sexual harassment in streets, public spaces, and online spaces.

However, the proposed anti-discrimination measure sexual orientation and gender identity expression (Sogie) bill continues to languish in the Congress.