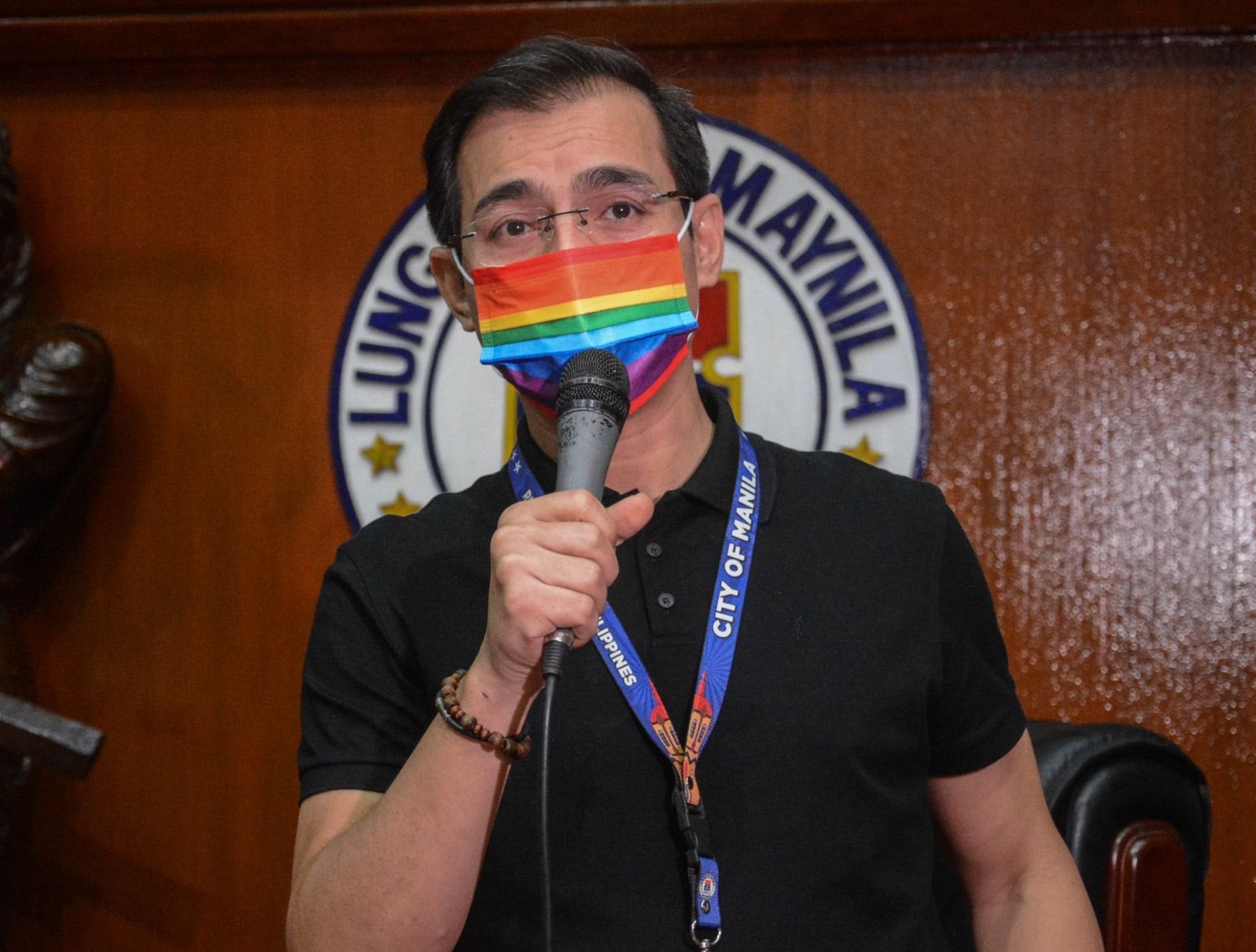 MANILA, Philippines — Manila will start punishing those who will discriminate against members of the lesbian, gay, bisexual, transgender, and queer (LGBTQ+) community in the city, the local government said Thursday.

Moreno signed Ordinance No. 8695 or Manila LGBTQI Protection Ordinance of 2020 which “protects the rights of lesbians, gays, bisexuals, transgenders, queers and intersex (LGBTQ) in the city of Manila against any and all forms of discrimination solely on the basis of sexual orientation, gender identity, expression.”

Under the ordinance, it is prohibited to deny or limit access to an employee, promotion opportunities, transfer, training, schooling, and refuse employment, among others “on the basis of actual or perceived sexual orientation and gender identity and expression.”

The ordinance also penalizes those who physically or verbally harass or subject a person under involuntary confinement due to their gender identity and expression.

It also bans organizing groups and activities that incite discrimination against a person’s sexual orientation, gender identity, and expression.

Those who will violate the ordinance on the first offense will pay a P1,000 fine or face imprisonment of six months or both.

For the second offense, violators will pay a fine of not less than P2,000 or jail time of six months and one day to eight months or both.

For the third offense, violators will be slapped with a fine of not less than P3,000 or eight months and one day to one-year in jail or both.

For subsequent offenses, violators will pay a fine of not less than P5,000 and imprisonment for one year.