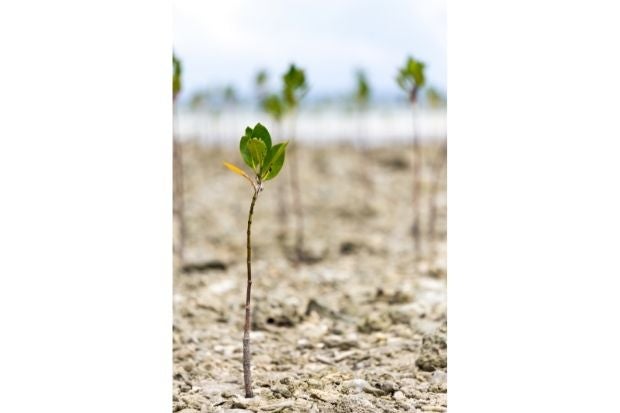 The participants also conducted a coastal clean-up activity along the shores of the bay in the afternoon.

The LBGTQ mangrove planters called themselves “bahaghari ng heneral” (the rainbow of the general), referring to Antonio Luna, a general of the revolutionary movement against Spanish colonizers for which the town was named after. “Bahaghari” refers to the rainbow flag that symbolizes the LGBTQ rights movement around the globe.

June marks Pride Month, a celebration of the LGBTQ community and the fight for their rights. The celebration has its roots in New York City in 1969 when a riot broke out throughout the city after the police raided a gay club called the Stonewall Inn.

Mangrove forests, also known as the “rainforests of the sea,” are an important part of the marine ecosystem as the roots of the trees provide shelter for marine life while their fallen leaves become feed for fish and other marine animals. Mangroves are also key flood-prevention natural structures.