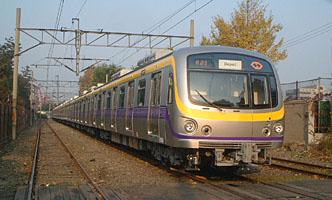 MANILA, Philippines — The Light Rail Transit Line 2 (LRT-2) would only operate from its Recto Terminal Station to Araneta Center-Cubao Station starting Saturday, June 12, up to June 22 its management prepares for the opening of the east extension project.

LRT-2 management said in a tweet on Friday that no train operations from Cubao to other stations towards Santolan in Pasig City would be made available on those dates.

“In preparation for the opening of the East Extension Project, LRT-2 will implement degraded operations from June 12 to June 22, 2021.  Train service would only be available from Araneta-Center Cubao to Recto Station and vice versa,” LRT-2 said.

“No train operations from Araneta Center-Cubao to Santolan and vice versa on the above-stated dates,” it added.

Last May 21, LRT-2 also implemented scaled-down operations for two weekends to do finishing checks on the East Extension Project.

The said project involves extending the LRT-2 up to Antipolo City, with two more stations along Marcos Highway: one in Imelda Avenue, which would be named Marikina Station, and another in Masinag which would be called Antipolo Station.

During an inspection last May 20, Transportation Secretary Arthur Tugade said that the two new stations are slated to open starting June 22.