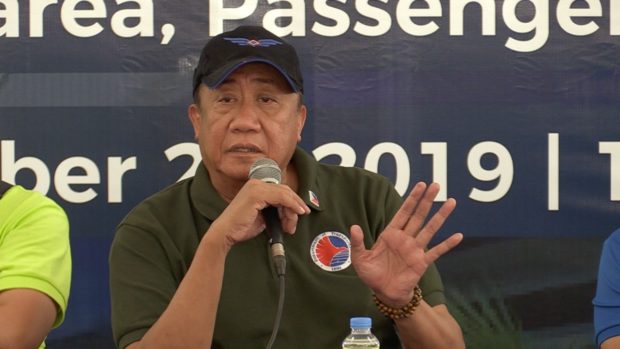 MANILA, Philippines — The Light Rail Transit Line 2 (LRT-2) extension up to Marikina and Antipolo would finally start operating by June 22, Transportation Secretary Arthur Tugade said as he inspected the projects on Thursday.

Tugade made the assurance as the final touches on the two new LRT-2 stations are being undertaken prior to its full operations a month from now.

According to the Department of Transportation (DOTr), the two stations — Marikina Station located along Marcos Highway corner Imelda Avenue, and Antipolo Station which sits along Marcos Highway’s Masinag area — would give access to 80,000 more commuters per day.

(On June 22, the train would run to and from Antipolo and Marikina, linked to the LRT-2 extension.  The people have been waiting for so long for this project, now we can see that the project would continue and eventually be operational.)

DOTr said in a post on its Facebook page that Tugade and other DOTr officials, including LRT-2 Administrator Reynaldo Berroya, Undersecretary for Railways Timothy John Batan, went to the Antipolo Station first, aboard a standard LRT-2 train.

The group then went to the other station in Marikina.

(By the time that operation would start, expected travel time between Recto up to Antipolo would only be around 40 minutes from the previous three-hour trip via buses and jeepneys.)

LRT-2 is Metro Manila’s rail system that cuts across various cities from the west side to the east, starting from Claro M. Recto Avenue and Rizal Avenue in Manila plying along Magsaysay Boulevard and Aurora Boulevard, toward Santolan in Pasig City.