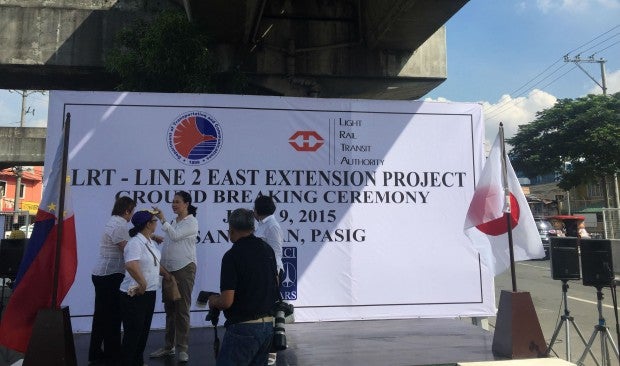 A 4.2-kilometer Light Rail Transit (LRT-2) East Extension project or the Masinag Extension is now ready to start after a groundbreaking ceremony kicked off Tuesday at the train’s Santolan Pasig station.

Officials of the Department of Transportation and Communication (DoTC), together with Light Rail Transit Authority (LRTA) administrator Honorito Chaneco and representatives from the contractor of the project, D.M. Consunji, Inc. (DMCI) led the ceremony.

The LRT-2 extension, which will extend up to Masinag in Antipolo City costs P2.27 billion.

DOTC said the extension would cater to an additional 75,000 commuters daily.

“The LRT-2 system is a crucial transportation service that hundreds of thousands of passengers rely on. We are pleased to extend its scope to even more stakeholders in the eastern part of Metro Manila, many of whom go into the metropolis for work and school on a daily basis,” Transportation Secretary Joseph Emilio Abaya said. 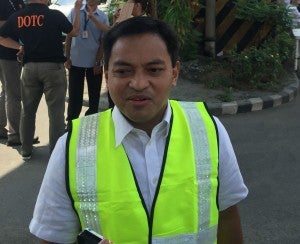 There will be two stations to be added to the existing LRT-2 line. They are the Emerald Station in Cainta, Rizal, and the Masinag Station at the Masinag Junction in Antipolo City.

DoTC said the DMCI would be given a period of two years to complete the elevated railway’s extension.

The extension is expected to be finished by the 3rd quarter of 2017.

Meanwhile, DoTC said another railway extension project would soon be underway after the National Economic Development Authority approved the LRT-2 West Extension Project, which would extend from its current end-station in Recto Street up to Pier 4 in Manila.

Improvements on the LRT-2 came after the fare hike it implemented in January this year.