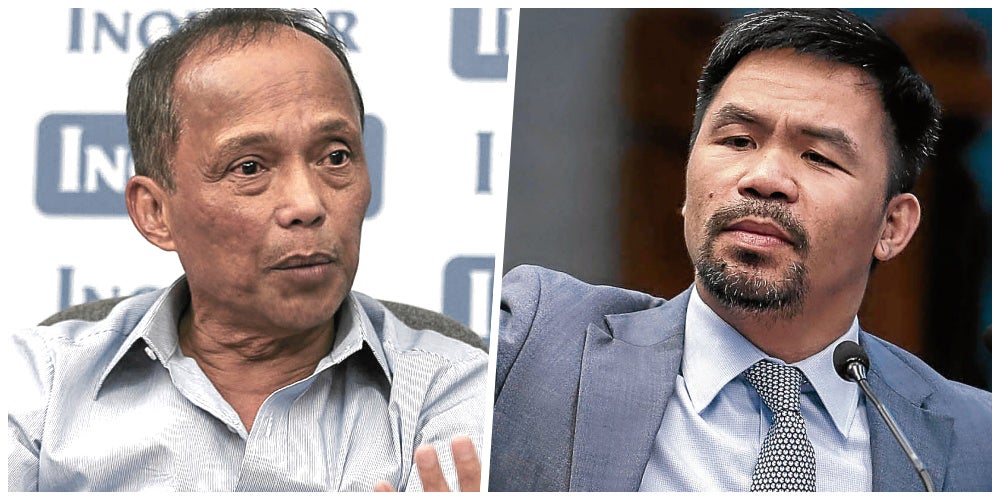 MANILA,  Philippines— Senator  Manny Pacquiao has “signified” his intention to run for president, a ranking official of his own political group, PDP-Laban, said on Wednesday.

“In fairness to Senator Pacquiao,  he has signified ang pagtakbo nya sa pagkapangulo. Nirerespeto po natin yun, iginagalang natin lahat yan  (we respect that) and there’s a process for that,”  Cusi said at the regular Kapihan sa Manila Bay forum.

(In fairness to Senator Pacquiao,  he has signified his intention to run for president. We respect that and there’s a process for that.)

Pacquiao is acting president of the party, now being chaired by President Rodrigo Duterte.

Neither one attended the party’s national council meeting in Cebu City on Tuesday when it adopted a resolution to attempt to convince Duterte to run for vice president.

Pacquiao had warned against the meeting, arguing it was not sanctioned by party officials and violated its own rules. Nevertheless, Cusi presided over the meeting.

Cusi, though stressed that Pacquiao remains to be the party’s acting president.

As for Duterte’s daughter, Davao City Mayor Sara Duterte, he clarified PDP-Laban had not endorsed her yet.

“Wala pong nangyari na sinasabi na si Mayor Inday Sara to be the president. Wala po yun. We are quiet about that,” he added.

(No one mentioned that Mayor Inday Sara is going to be the president. There’s none. We are quiet about that.)

Cusi was not the first to reveal Pacquiao’s  “interest” to run for president, as this was also mentioned by  Senate President Vicente “Tito” Sotto III and Senator  Panfilo Lacson earlier.

READ: Pacquiao ‘interested’ to run for president in 2022 – Sotto

Neither Pacquiao nor his camp has announced that he would be running for president in 2022.