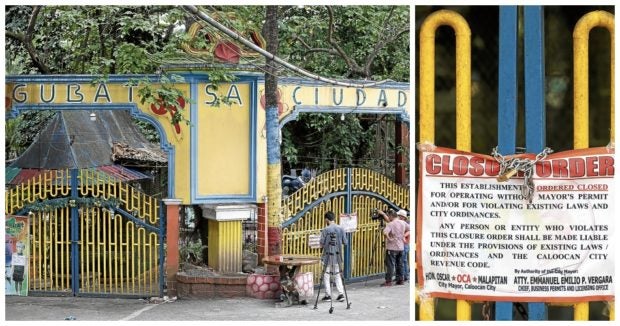 BUSINESS SHUTDOWN Caloocan CityMayor OscarMalapitan has ordered the closure of Gubat sa Ciudad resort over violations of health protocols imposed whileMetro Manila is under a modified enhanced community quarantine. On Sunday, people were photographed swimming in the resort pool despite restrictions on gatherings and limits on business operations. —NIÑO JESUS ORBETA

MANILA, Philippines — The station commander of the precinct where the Gubat sa Ciudad resort is located has been relieved from his post on Tuesday.

“As per Col Mina, Maj Aaron Melgar of Sub-Station 9 was relieved from his post effective today,” the PIO confirmed to reporters, citing Col. Samuel Mina, Caloocan city’s chief of police.

Melgar will be replaced by Lt. Ronald Batalla, the local government added.

Earlier, Caloocan Mayor Oscar Malapitan said he had already summoned the chairman of Barangay 171 for failure to monitor and immediately act on the establishment’s quarantine violations.

The city government is not inclined to file charges against the guests of the Gubat sa Cuidad resort for now, Malapitan added, saying their priority is to have them swab tested and quarantined.