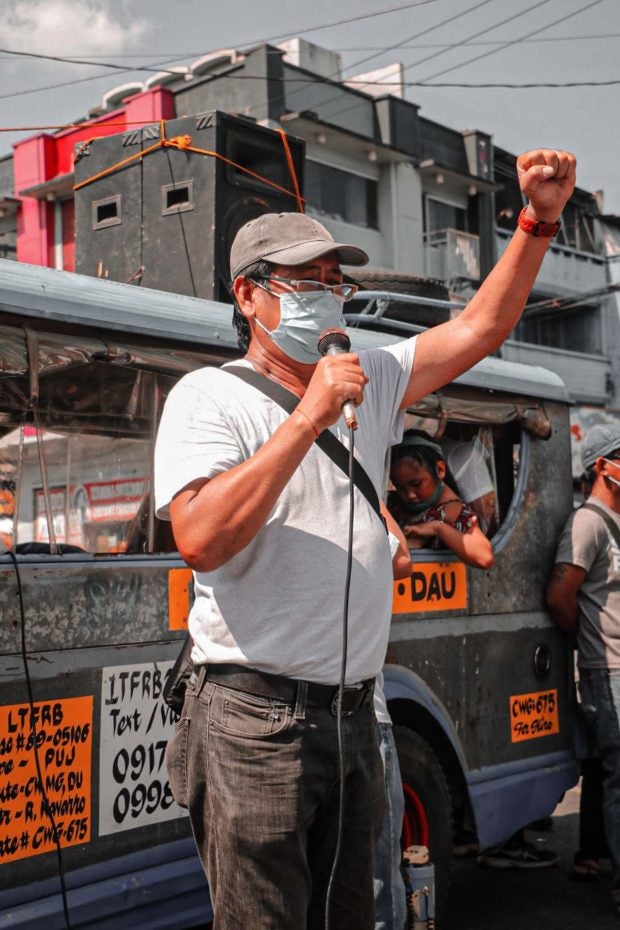 In this file photo, Joseph Canlas leads protest rallies in front of the Department of Agrarian Reform in Central Luzon in the City of San Fernando in Pampanga. Although diabetic and hypertensive, he often marched with farmers and workers. Photo courtesy of AMGL

CITY OF SAN FERNANDO –– Peasant leader Joseph Canlas has died on Tuesday, May 11, of COVID-19, which he contracted while detained at the Angeles City jail for alleged illegal possession of guns and grenades.

A doctor at the Jose B. Lingad Memorial General Hospital in  Pampanga confirmed the death of Canlas, 59. He was vice chair of the Kilusang Magbubukid sa Pilipinas (KMP) and chair of the Alyansa ng Magbubukid sa Gitnang Luson (AMGL). He was a native of Arayat, Pampanga.

His daughter, Jenelle, said a doctor informed her that Canlas passed away around 7 a.m. or two days since he was confined and hooked on a mechanical ventilator. A swab test confirmed he was infected with SARS-CoV-2, the virus causing COVID-19. He had diabetes and hypertension, too.

Canlas had been held at the Angeles City jail, which is under the Bureau of Jail Management and Penology (BJMP), since April 15. The police’s Criminal Investigation and Detection Group arrested him on March 30 and took custody of him since then in Camp Olivas, also in San Fernando.

“He was not even tested for COVID-19 when he was in quarantine even if the BJMP knows that Ka Joseph had hypertension and diabetes, which makes him more vulnerable to COVID infection. He was brought to the hospital only when it was too late,” Zarate said in a statement.

“We hold the NTF-ELCAC (National Task Force to End Local Communist Armed Conflict), the BJMP, and the Duterte administration responsible for the death of Ka Joseph. Charges must be brought against those who caused his untimely death. We must also take note and be wary of what happened to Ka Joseph as it may be another modus, a form of ‘silent extra-judicial killing’ via COVID-19,” Zarate said.