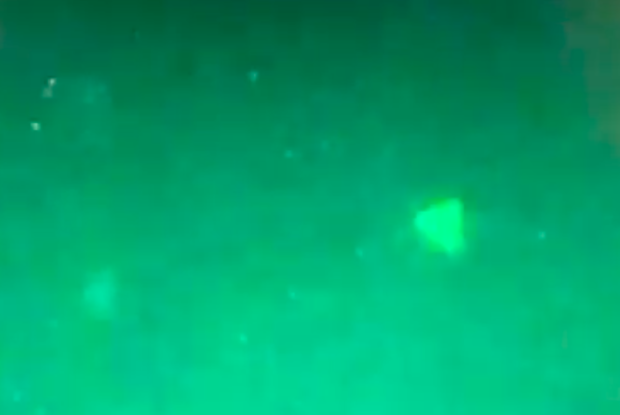 Sightings of unidentified flying objects (UFOs) flying near US Navy warships have been confirmed by the Pentagon and are currently under investigation.

The Unidentified Aerial Phenomena Task Force (UAPTF) has been gathering photos and videos of such incidents as part of a comprehensive report to the US Congress due this June, as per Mystery Wire on April 8.

Some of these materials were obtained by investigative filmmaker Jeremy Corbell, who published these online on the same day via his website, extraordinarybeliefs.com.

Corbell, along with renowned investigative journalist George Knapp, verified the authenticity of these materials as well as the information provided by the task force.

One of the videos from July 2019, which was taken by Navy officers with a night vision device, shows a pyramid-shaped UFO hovering 700 feet above the USS Russell off San Diego, California.

Corbell also shared the footage and the photos of the said incident via Twitter and other social media accounts on April 9.

May 1st 2020 a classified briefing was generated about the UFO / UAP presence via the Office of Naval Intelligence. I was able to obtain information regarding these & other UAP related briefings – as well as – unclassified slides & some intriguing military captured UAP footage. pic.twitter.com/F6V9h64Qfs

While others claim that these flying objects are either drones or weather balloons, the UAPTF and the Navy have classified them as “unknowns” for now, the report said. An unidentified flying object is not necessarily an extraterrestial object.

Corbell noted on his website that the pyramid-shaped UFOs were first shown in a classified briefing on May 1, 2020, about UFO or UAP presence via the Office of Naval Intelligence.

“Those familiar with the briefing articulated to me that the goal was to de-stigmatize the UAP problem and to promote more intelligence collection regarding UAP incursions and encounters with active military deployments,” he shared.

Aside from the pyramid-shaped UFOs, Corbell also shared that part of the briefing focused on the incident between the USS Omaha and a spherical craft.

Corbell noted that the Navy suspects this craft to be a “trans-medium” vehicle, as it was observed by Navy personnel to descend into the ocean after flying.

The Pentagon also confirmed the authenticity of the materials Corbell published after Mystery Wire reached out for a comment.

“I can confirm that the referenced photos and videos were taken by Navy personnel. The UAPTF has included these incidents in their ongoing examinations,” Pentagon spokesperson Susan Gough was quoted as saying in a statement sent to Mystery Wire on April 9.

The US military, however, maintained that it will not disclose any more information regarding the phenomena.

“As we have said before, to maintain operations security and to avoid disclosing information that may be useful to potential adversaries, [Department of Defense] does not discuss publicly the details of either the observations or the examinations of reported incursions into our training ranges or designated airspace, including those incursions initially designated as UAP,” the Pentagon spokesperson said. Ian Biong/RA